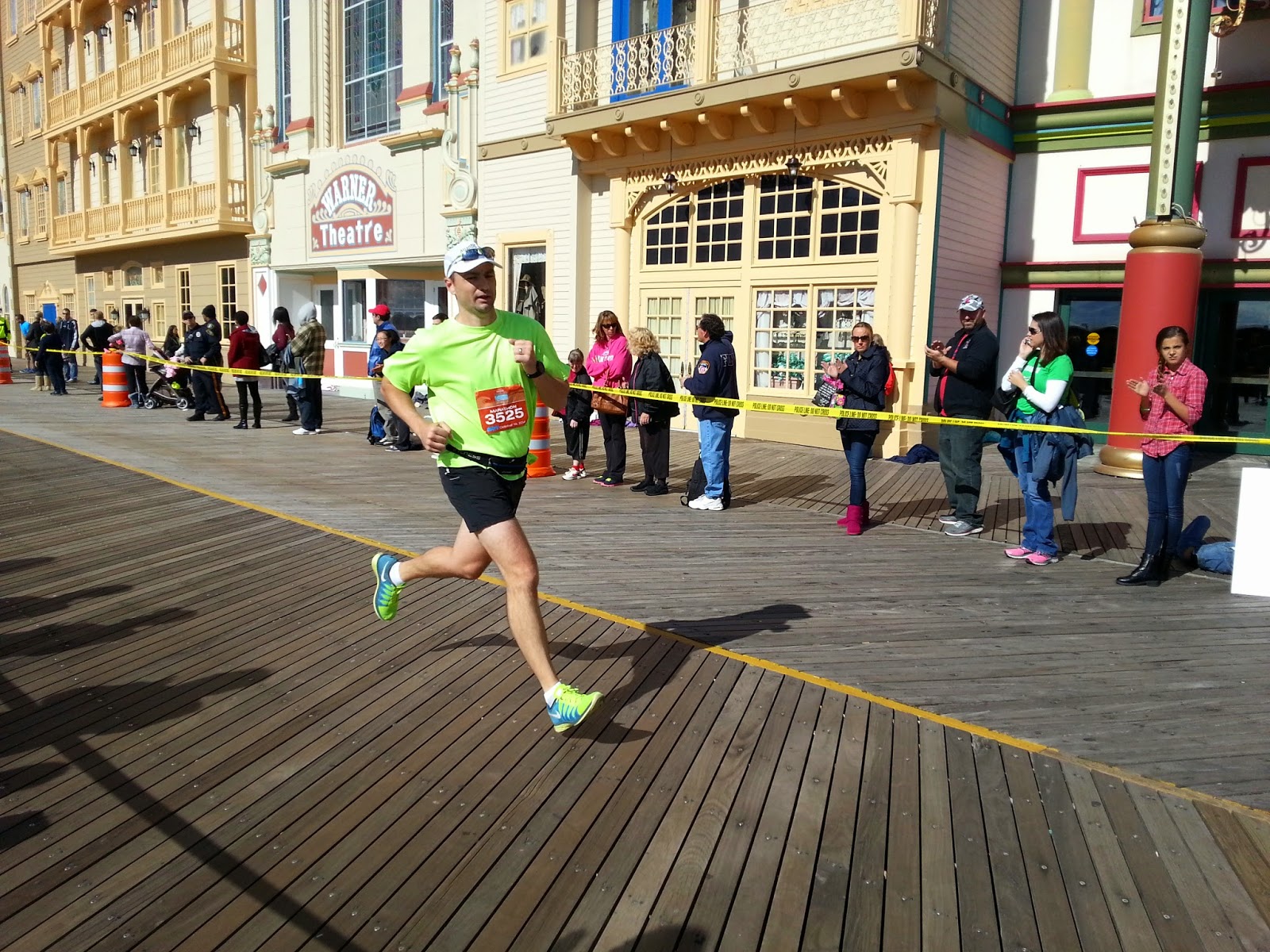 At the last minute we convinced my mom and Torre to join us for this trip.  We had planned on driving to Atlantic City, dropping the kids off at their house in Virginia on the way.  But then we found out Alicia's "Camp Thunderbird" and the boys' church camp were the same weekend.  They love going to Grandma's house, but did not want to miss camp.  So we arranged with Malissa's step-sister, Jenn, to watch the kids here at our house when they were not at camp. The kids were super excited that they got to spend the time with Aunt Jenn, and we were very thankful she was willing to help us out.

Then, as the weekend got closer, I really started to dread the drive all the way to New Jersey and back.  So I started to search for alternate plans.  Once I talked my mom into coming we found some very inexpensive plane tickets to Washington D.C. and my mom agreed to pick us up and drive the rest of the way.

Friday after work, we drove to the airport.  I love marathon weekends!

My mom and Torre picked us up at Dulles airport.  Their cell phone lot and pickup line is much more efficient than Charlotte's, and we were on the road 10 minutes after we had landed since we didn't have any baggage to pick up.  We flew Frontier Airlines, which offers crazy low prices but charges fees for everything, including carry-ons other than a personal item.  So Malissa and I packed in a way that everything fit in a backpack.

We stayed Friday night in a cheap motel in Maryland, where I did my two-mile shakeout run.

We arrived in Atlantic City early Saturday, and headed to the expo, which was held at Bally's.  That's also where Malissa and I were staying. 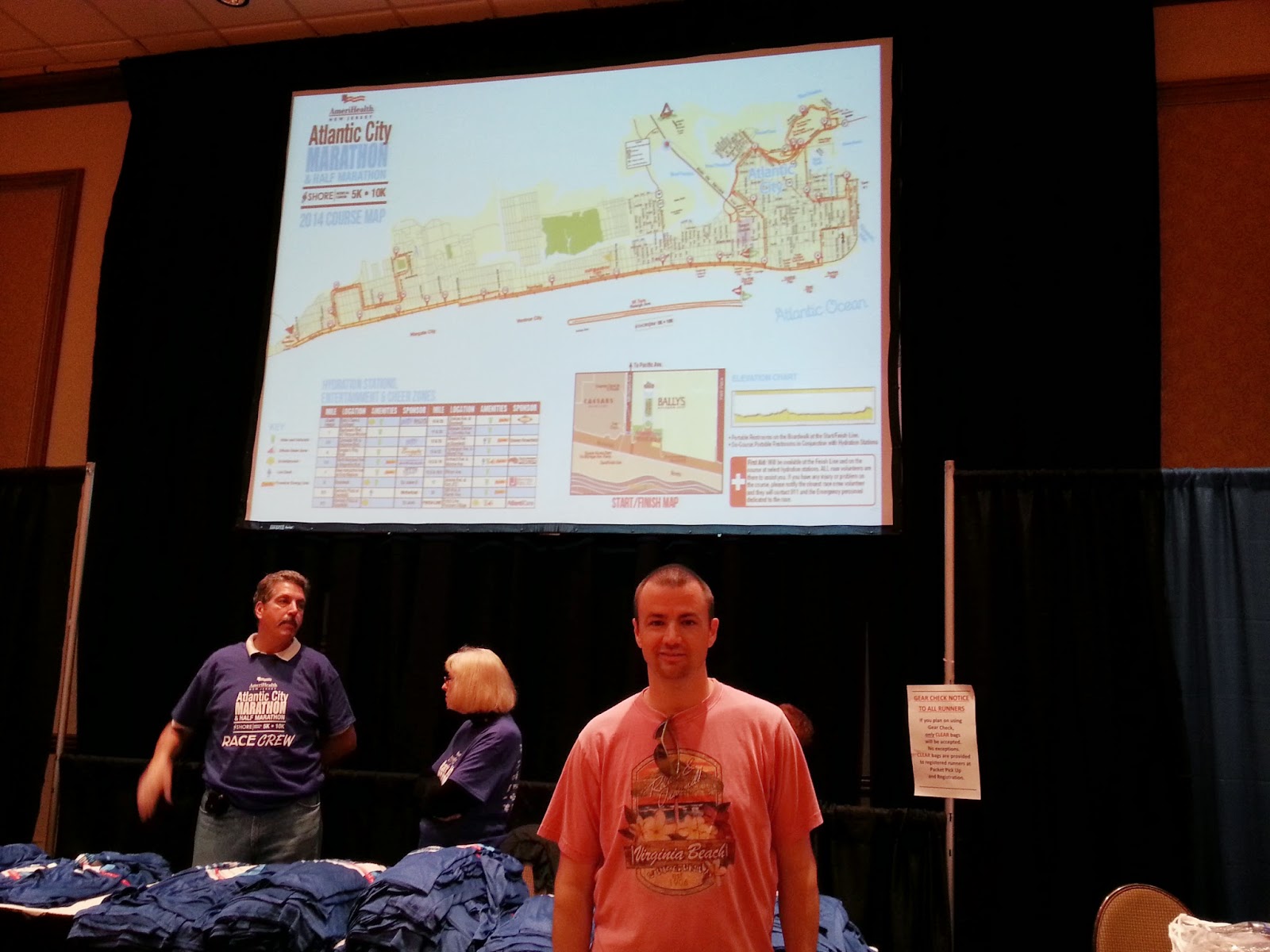 After the expo, and checking in to our hotel, we spent some time walking on the beach.  October is not their peak season, obviously. 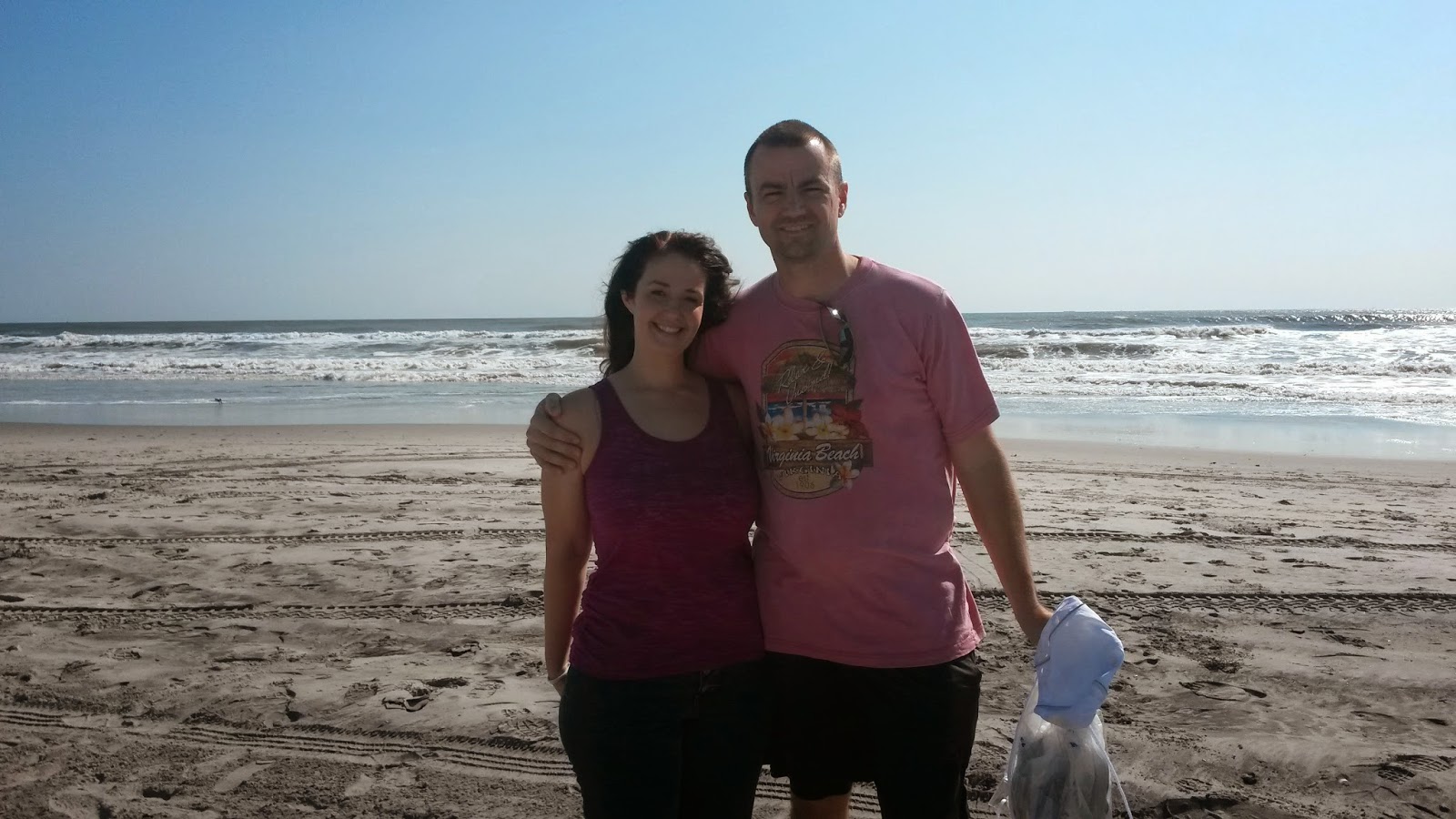 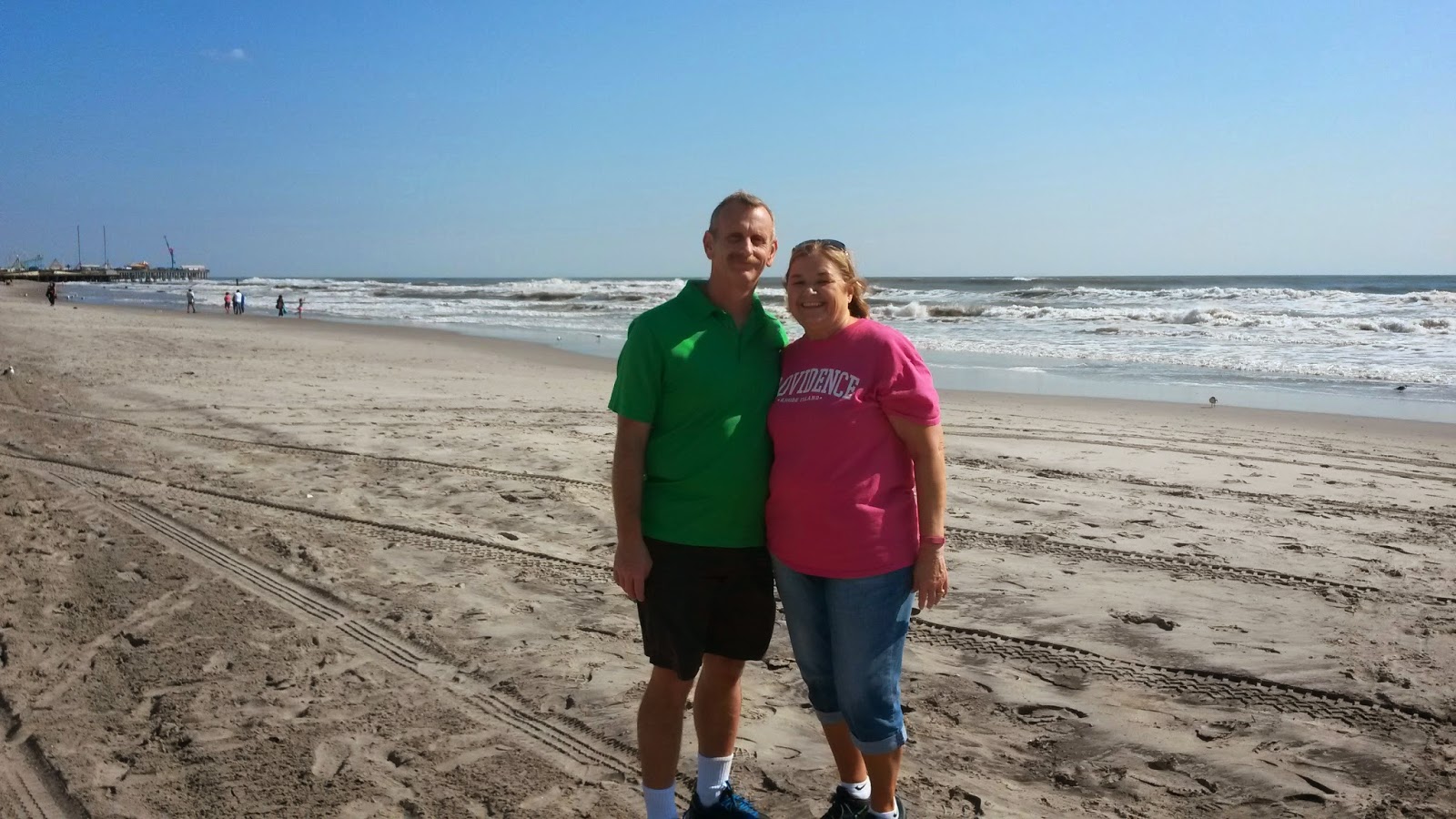 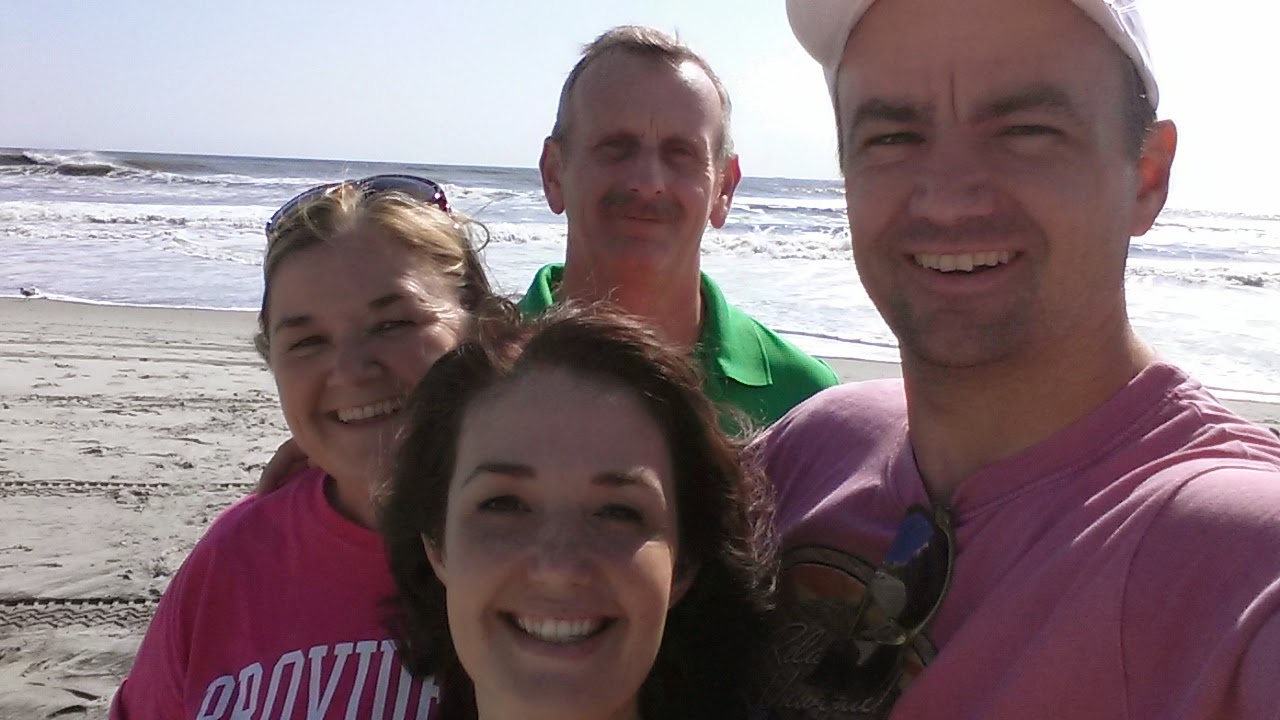 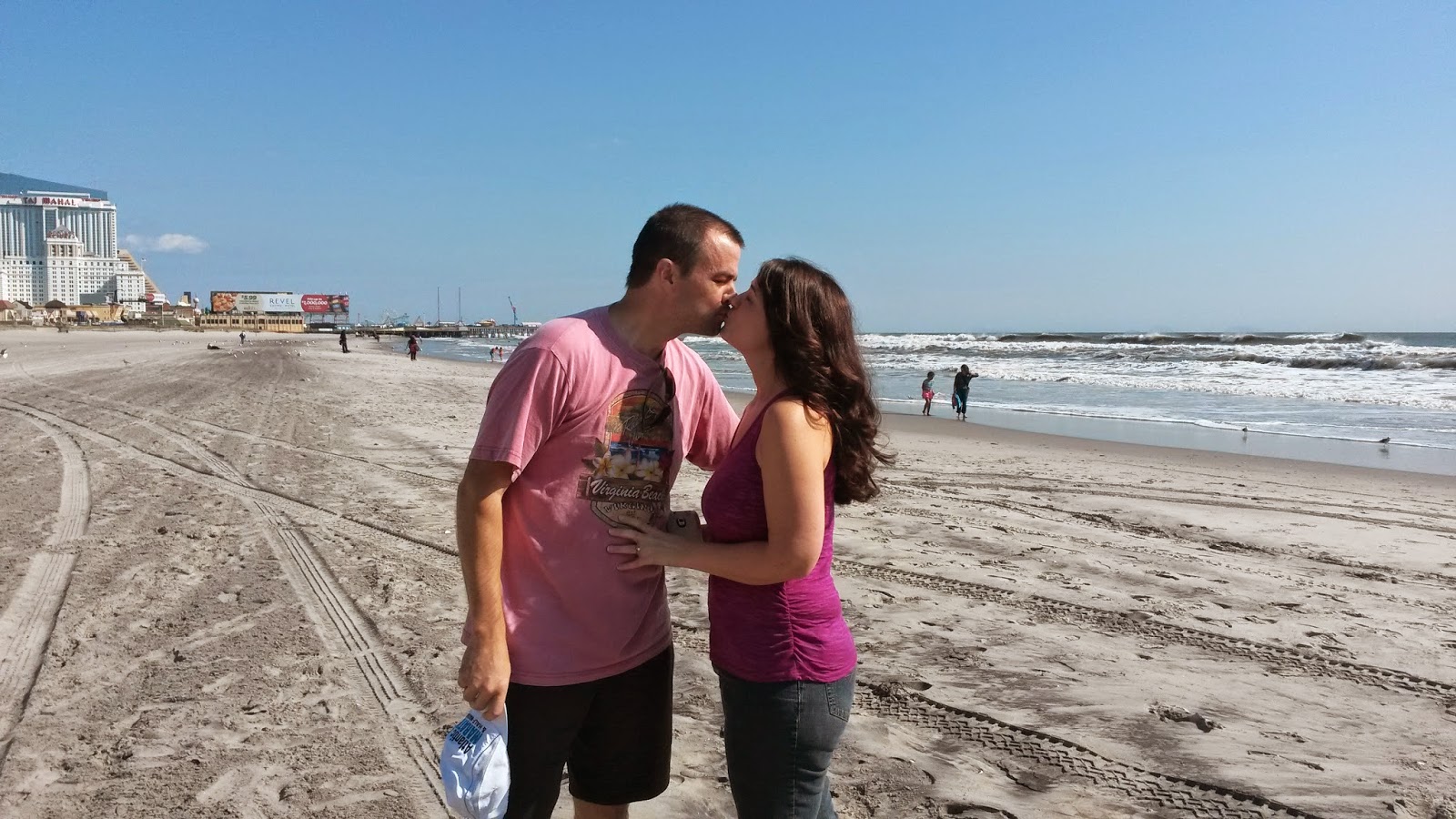 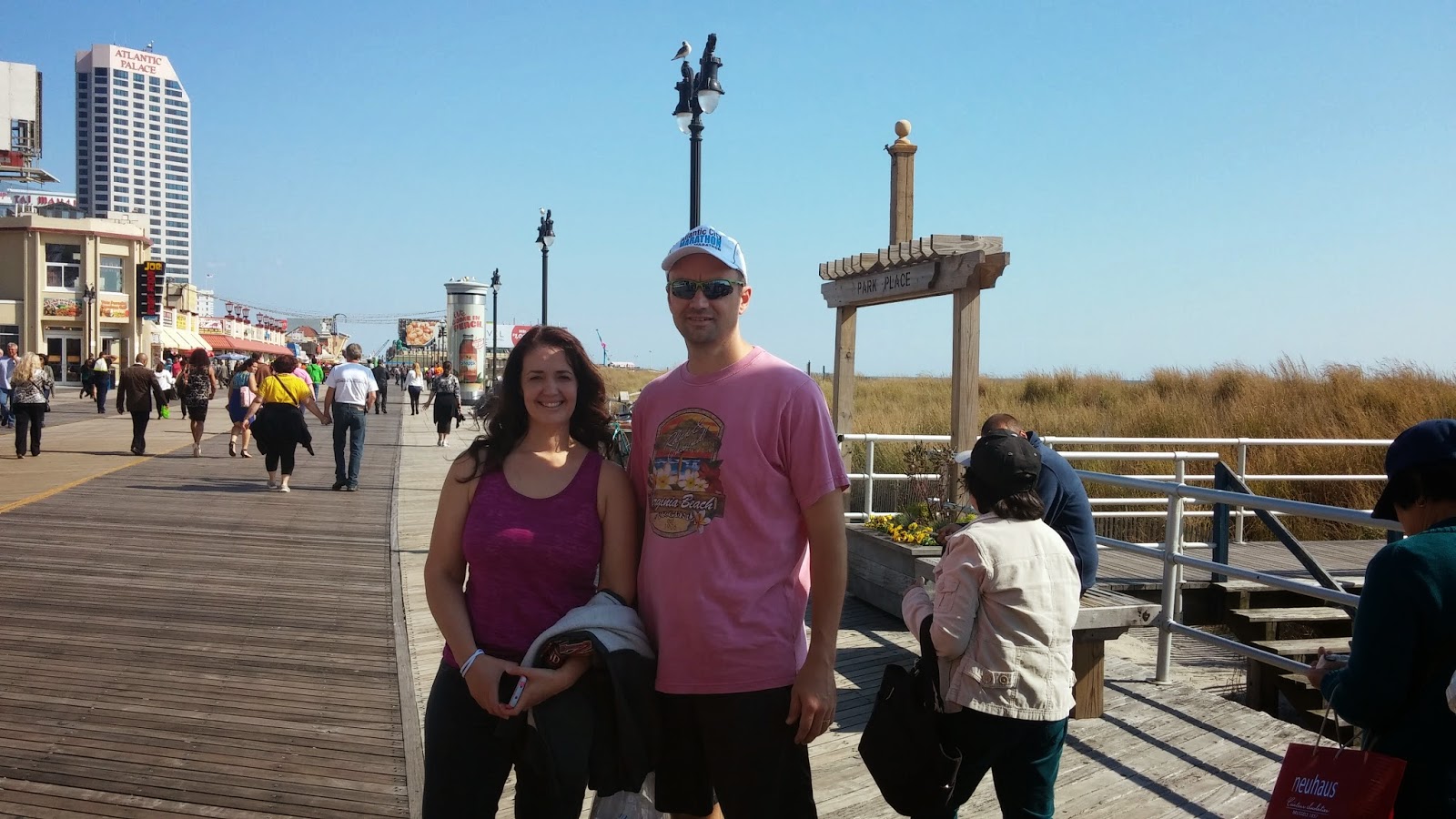 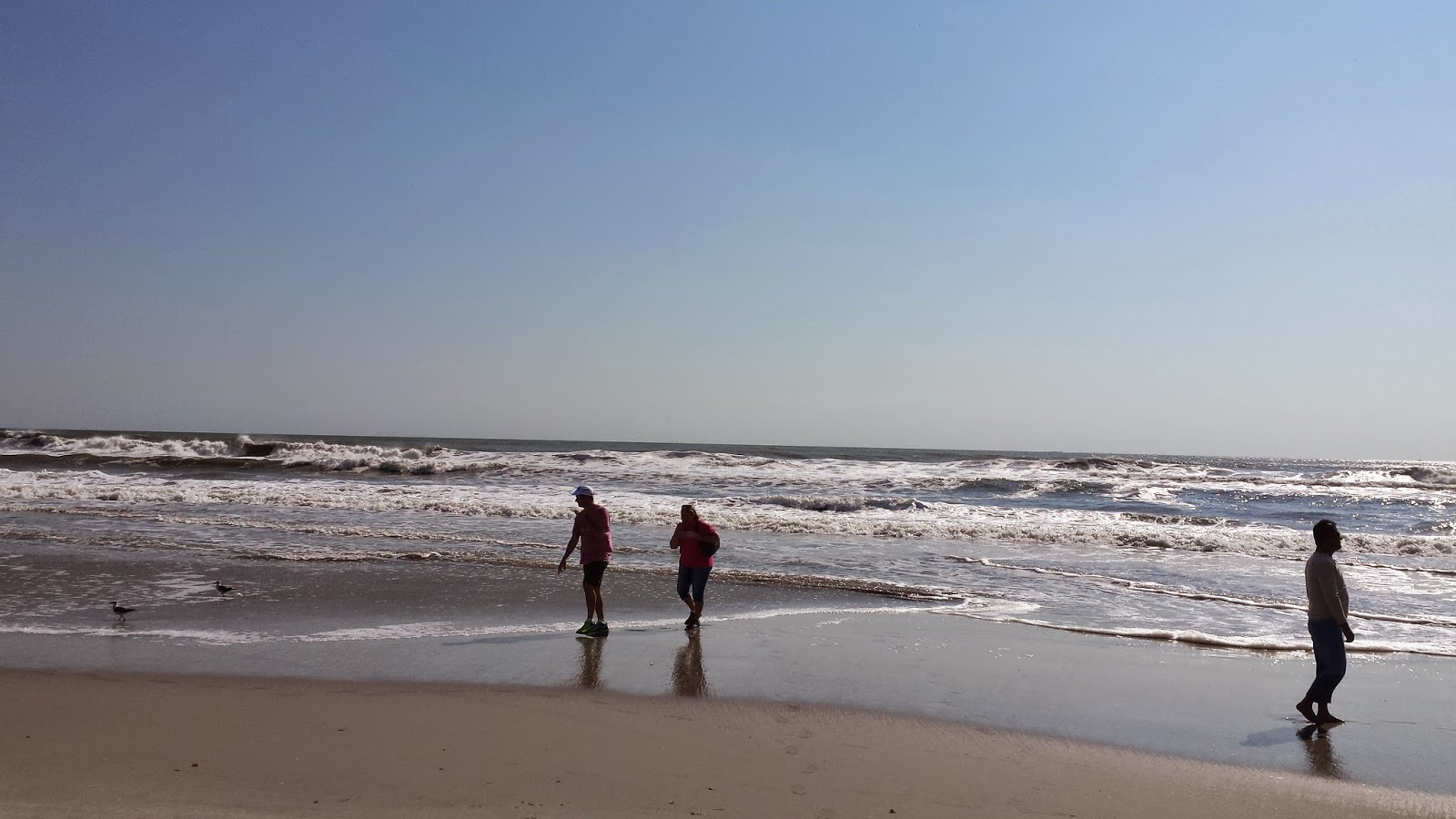 For dinner, we ate at Guy Vieri's Chophouse, which was just down the hall from our room inside Bally's. 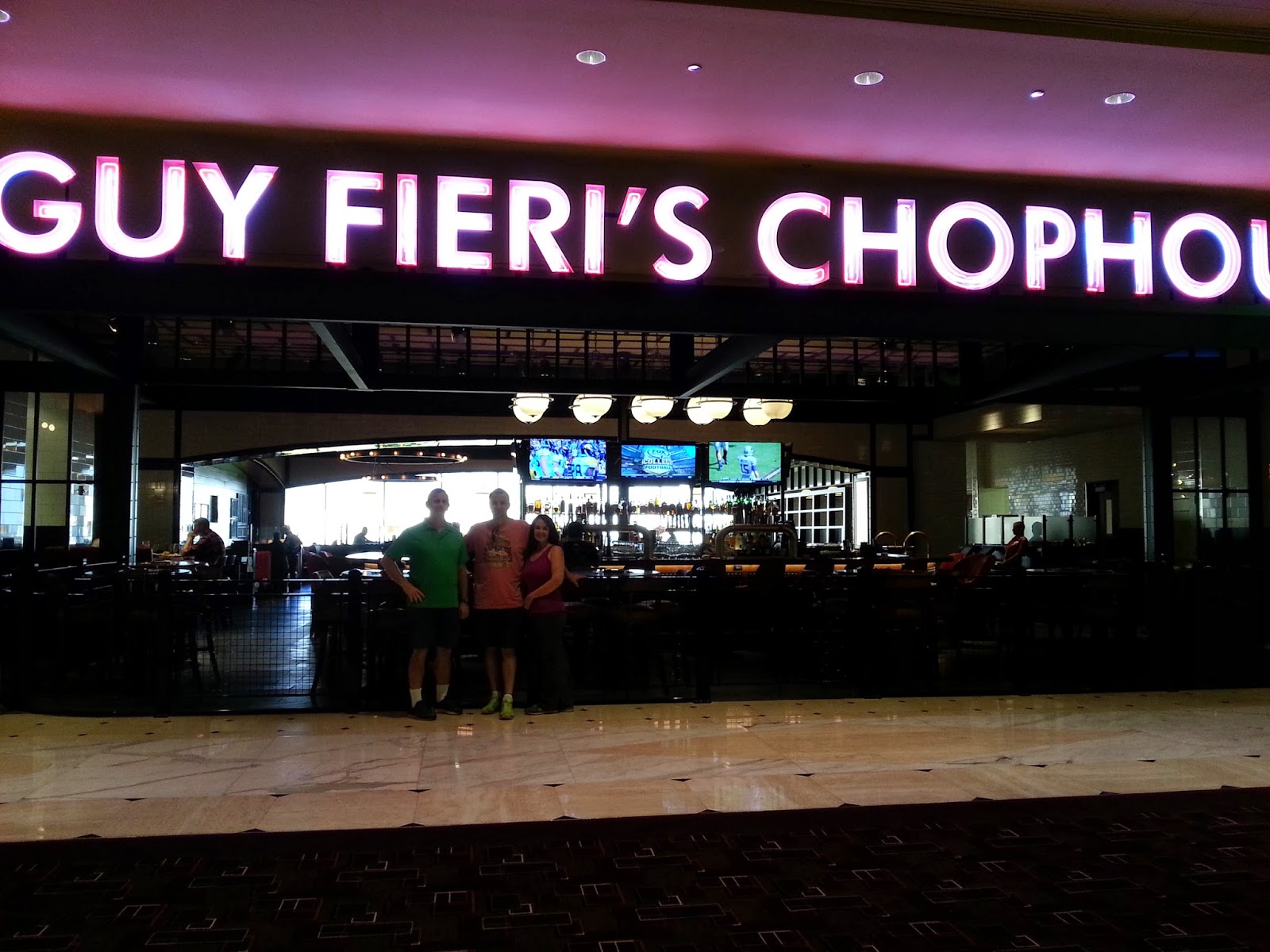 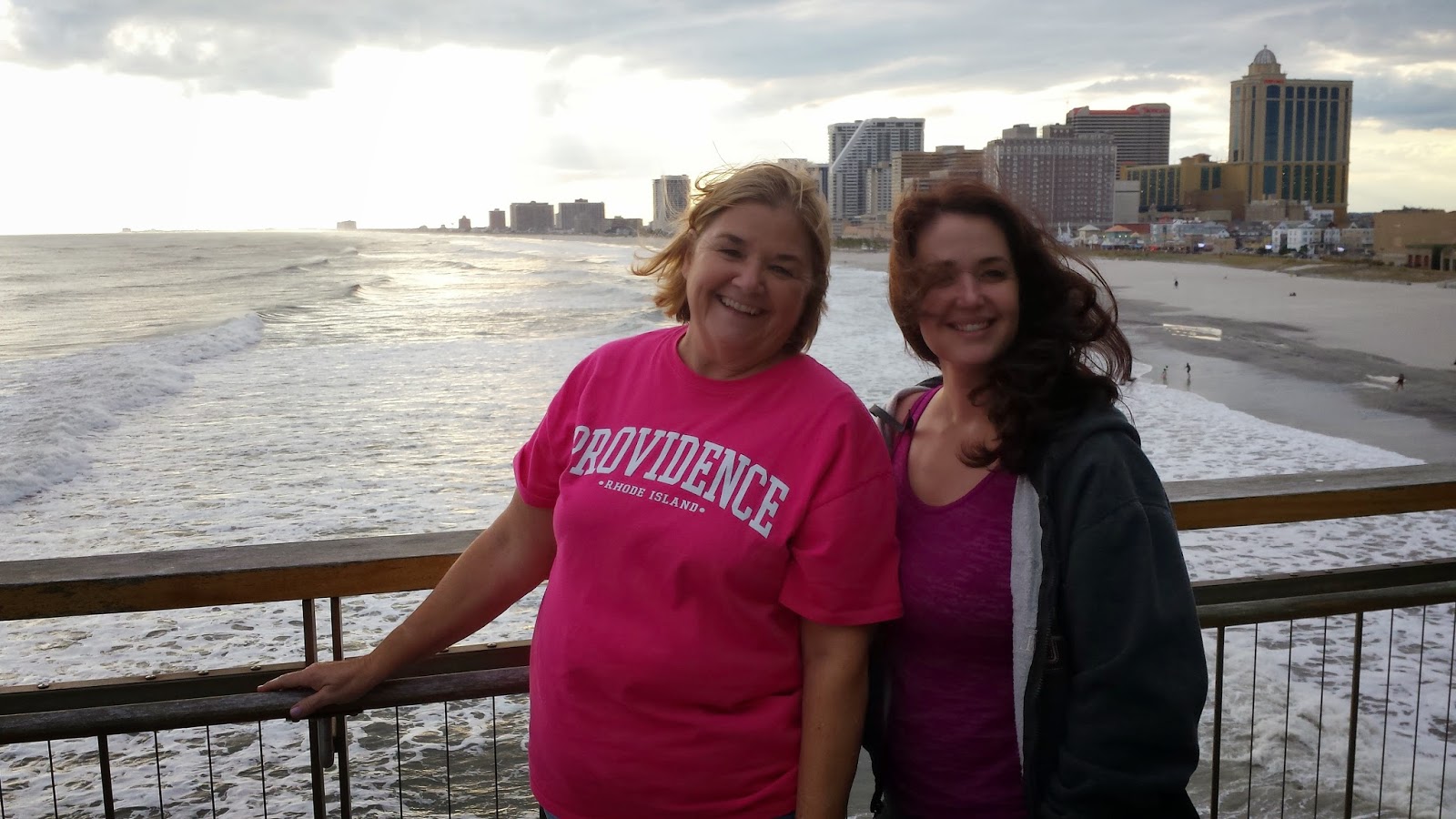 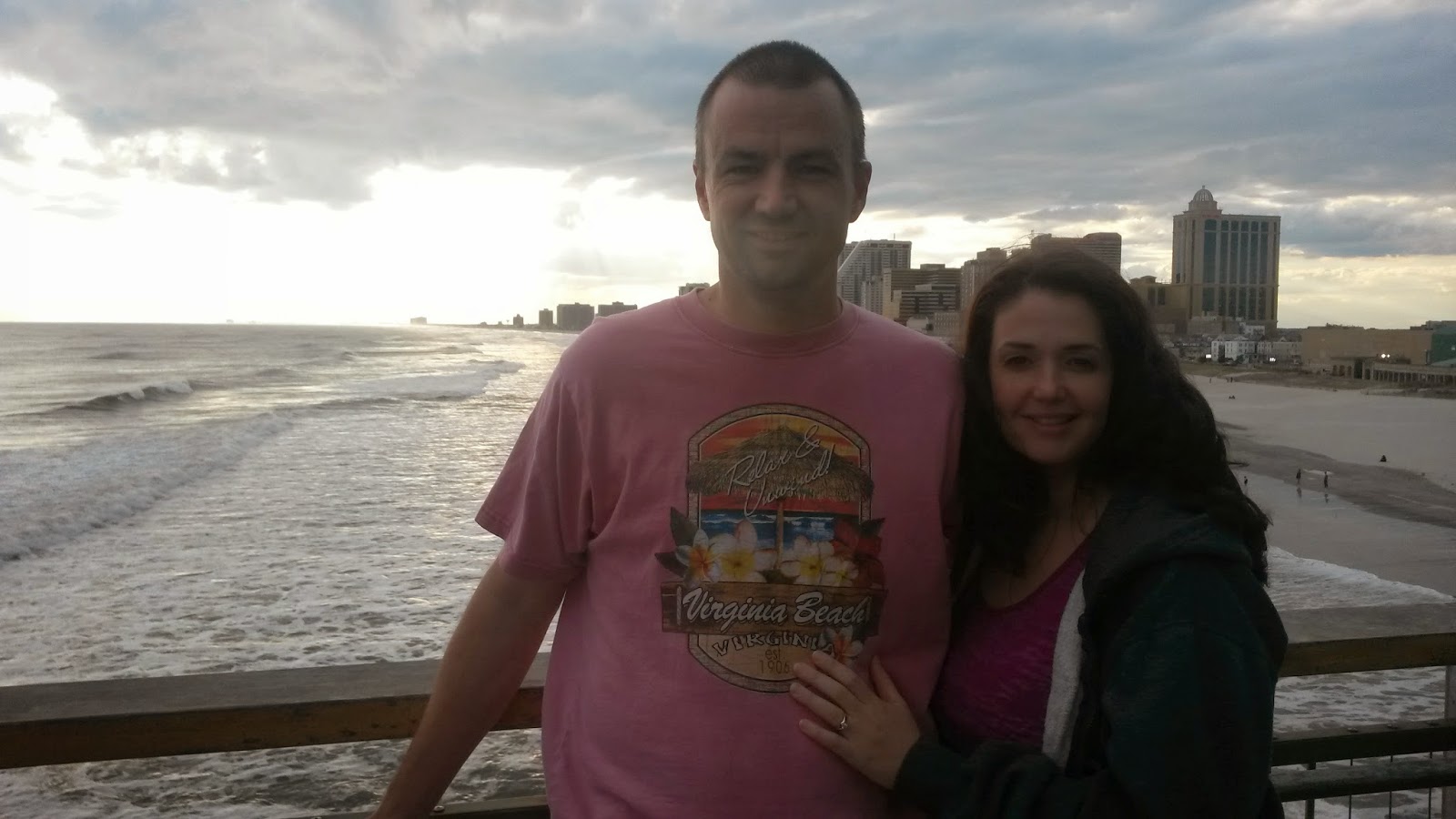 Sunday morning it was time for the race.  Because of the route this marathon takes, I figured out a way that everyone could cheer for me at multiple spots without too much trouble.  They were going to be at the start, mile 9, 13, 16, 17.5, and the finish.  That helps so much in breaking up the race into manageable sections. 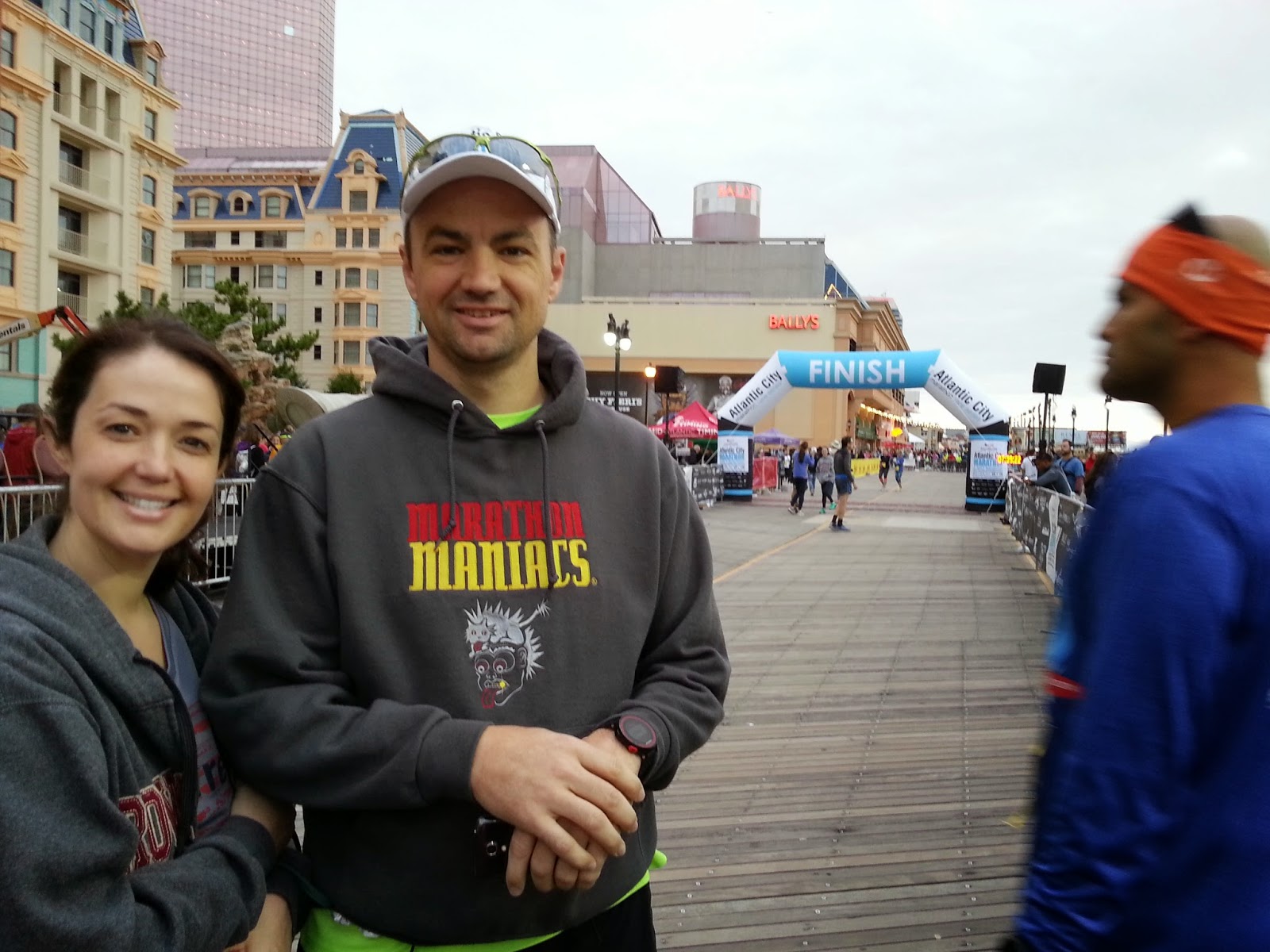 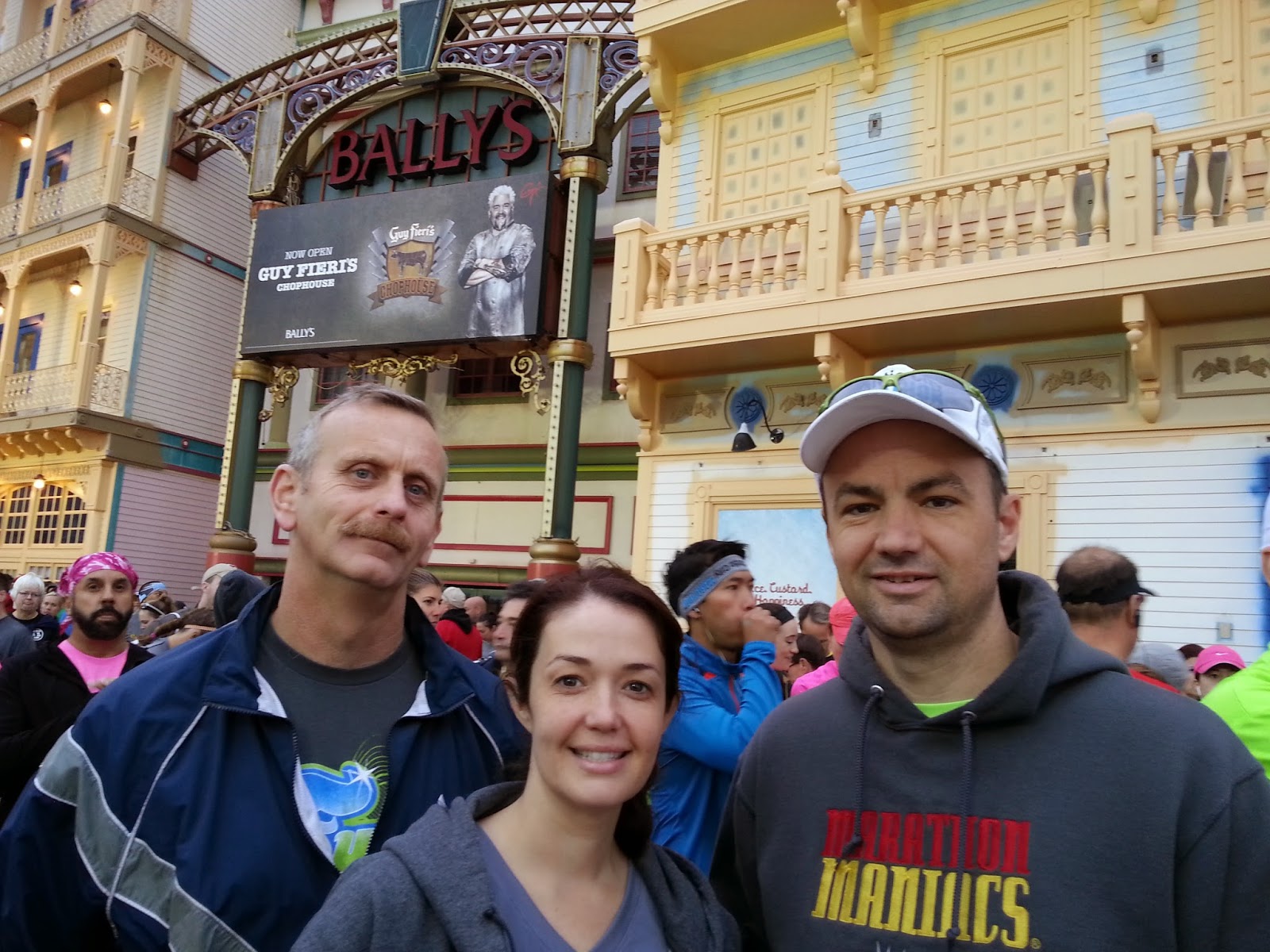 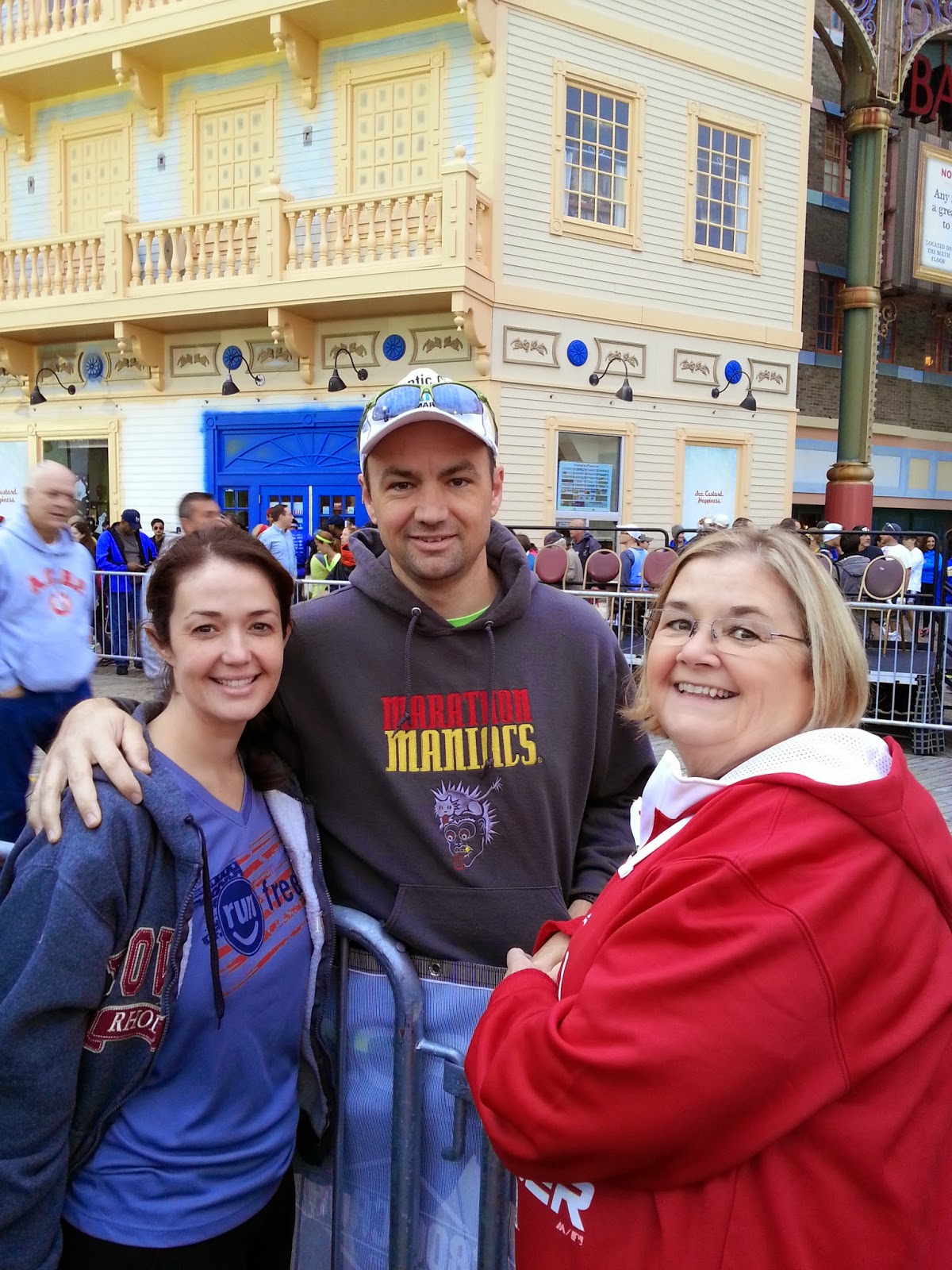 We were huge fans of "America's Got Talent", watching every episode with the kids.  On of our favorites was Mara Justine who, at 12 years old, was a finalist on the most recent season of the show.  She has an amazing voice for such a young girl.  She sang the national anthem (see video below, also).

The race was pretty cold at the start, and had a good amount of wind throughout, especially toward the end.  I fought serious headwinds most of the time.

A big portion of the race was on the boardwalk, which was filled with regular tourists, unaware a race was going on, which was kind of a pain. Overall, though, this was a great race.  My finish of 3:32 was only 2 minutes slower than my goal, which I attributed to the wind. 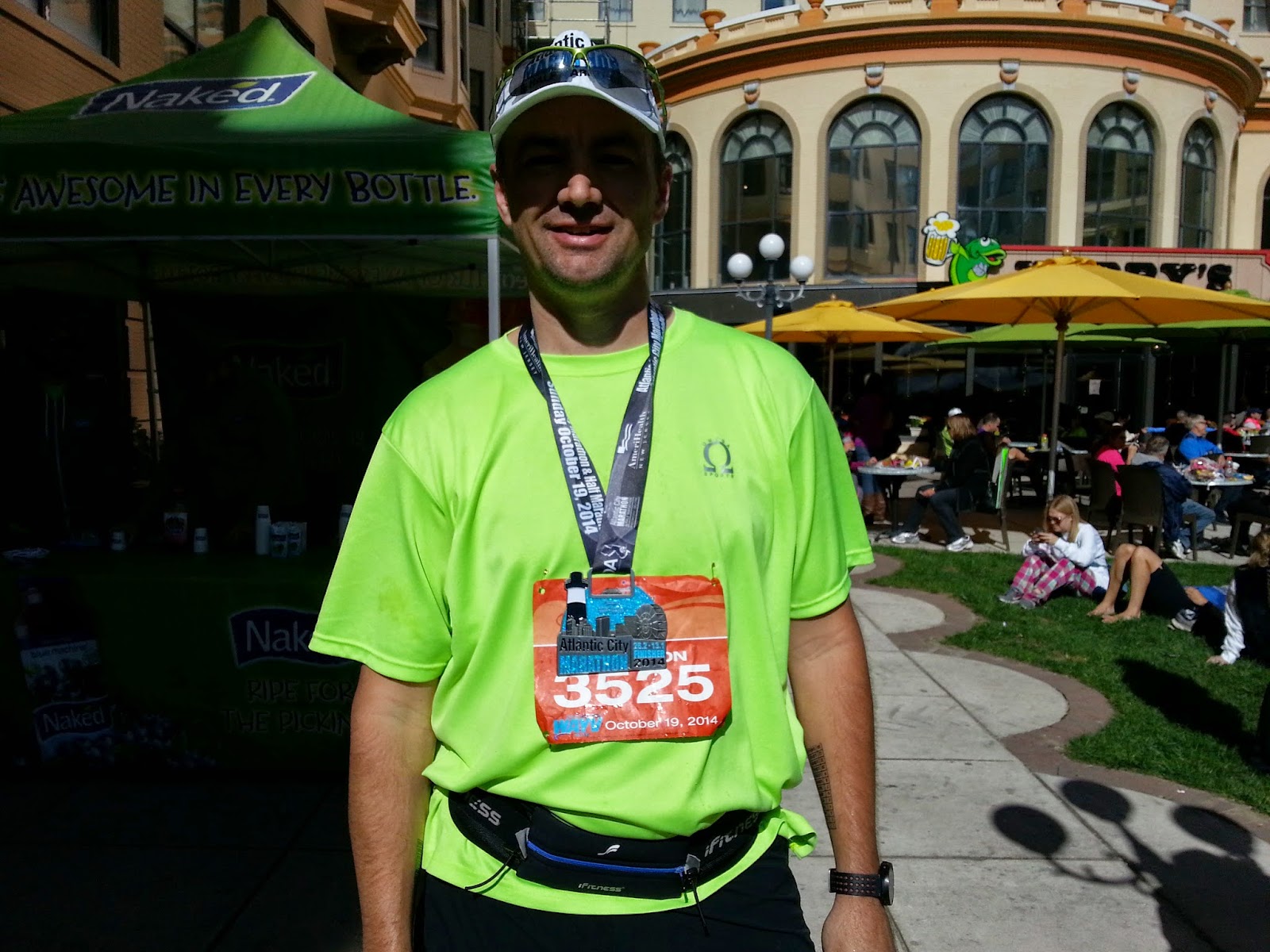 After the race we had a delicious meal at another restaurant that was inside Bally's.  The lobster roll I got was even better (though smaller) than the one I had in Maine.

Our flight didn't leave until Monday afternoon, so the rest of Sunday we spent relaxing, doing a little gambling, more beach walking, etc.  Malissa and I both won a fair amount of money at the blackjack tables and poker machines.  Malissa later donated her winnings to my fundraiser to send me to the NYC Marathon, what a wife! 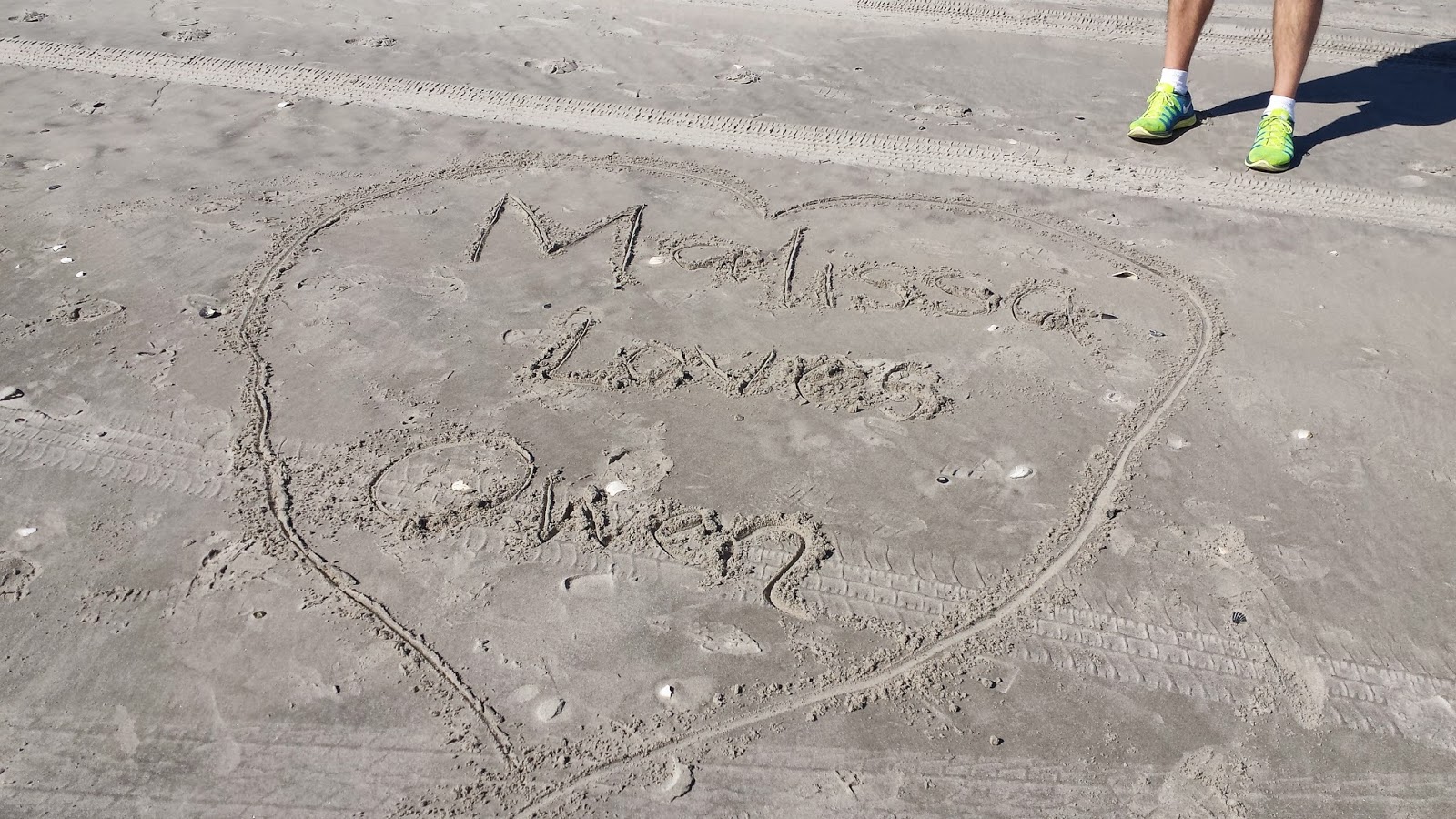 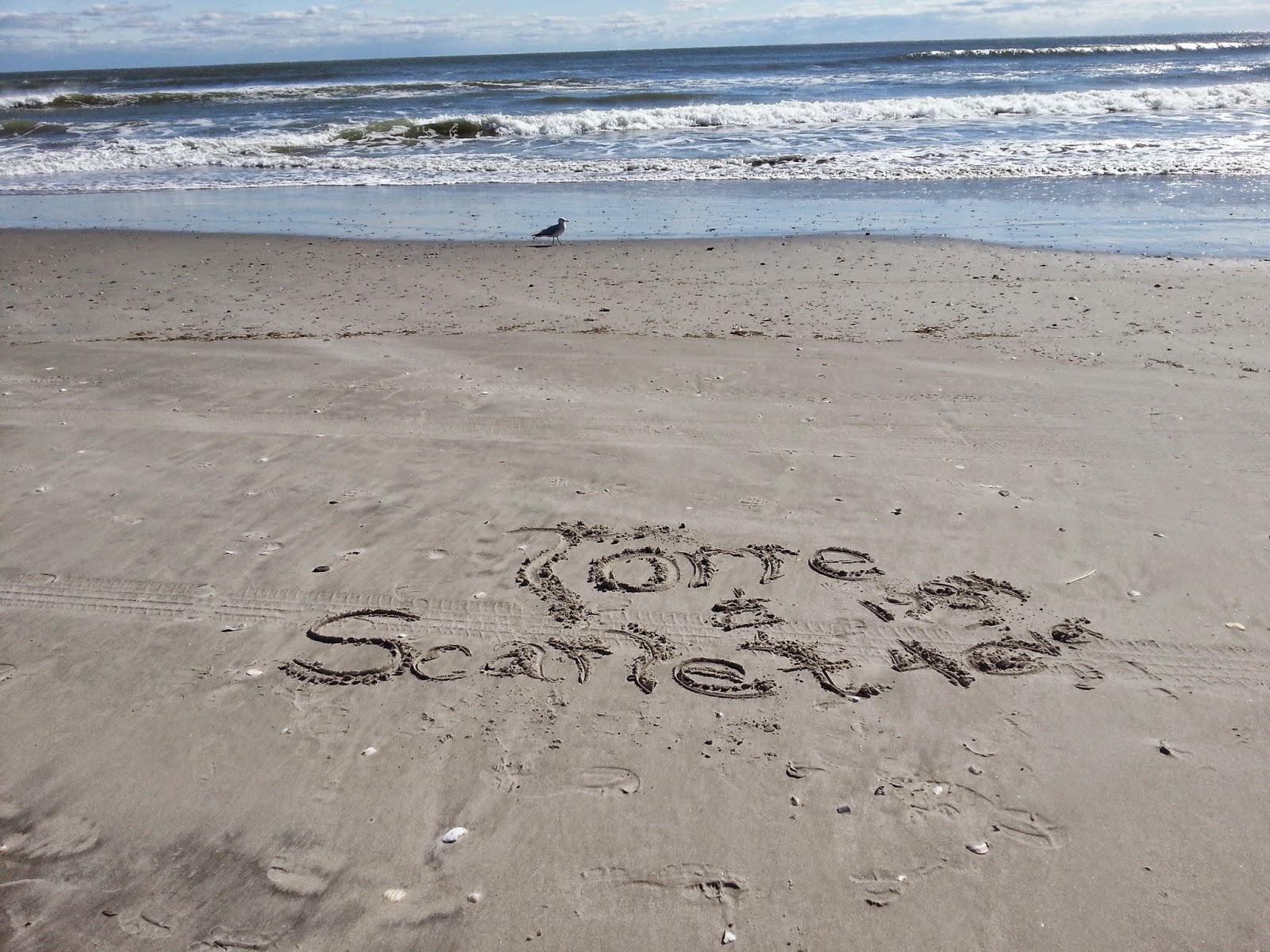 I used my winnings on some new shoes, which we found at the Nike Outlet store for half-price.  I bought three pair of my favorite model (Nike Flyknit Lunar 2), two pair for me, one for Malissa.

Sunday night, we went to see a movie.  We saw "The Judge", which was awsome.  Then we were treated to Outback Steakhouse for my 40th birthday celebration.  What an incredible weekend this was, I loved it so much. 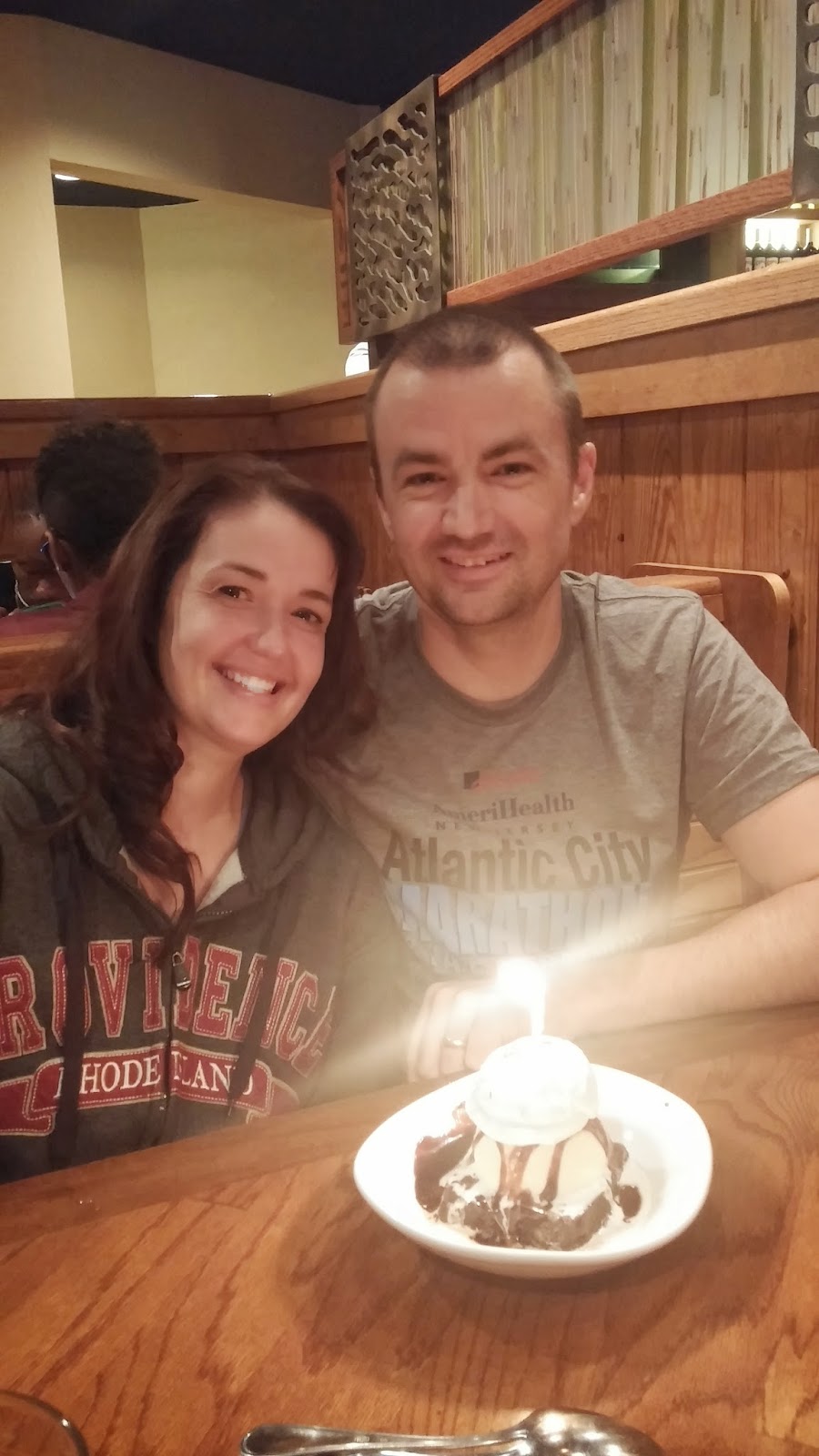 Here is the video that Malissa shot along the different points in the race, with the audio of Mara Justine singing at the start.

Here is my Garmin data from the race: