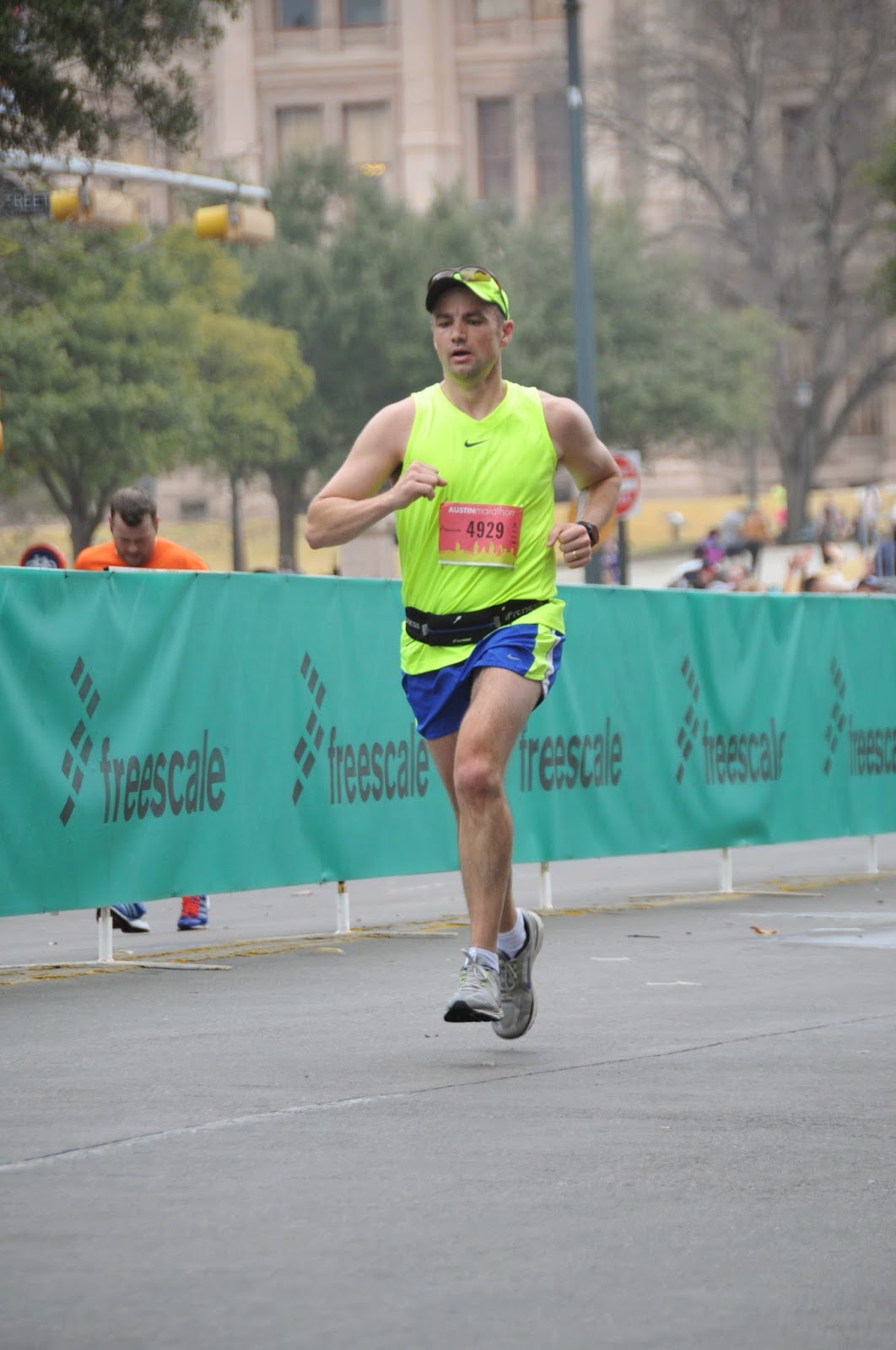 This marathon wins the award for the most "impromptu" marathon.  I had planned Louisiana in January, and Arkansas in March, but had not planned a race in February.  A couple of weeks before this race, it looked like I might travel to the Dallas/Fort Worth area the week before this race for Microsoft.  I hadn't raced Texas yet, so I looked for a marathon in the area.  This race's registration was about to close, so I gambled and registered before I knew if the Microsoft trip was for sure going to happen.  That way Microsoft would pick up the tab for the travel.  Turns out the trip didn't happen.

So now I was on a mission to do this race as inexpensive as possible.  I found cheap airfare, I didn't rent a car, and used buses for all local transportation.  I stayed in some guys spare bedroom that I found on airbnb.

I flew in to Austin, the night before the race.  My plane landed after the expo was already over, so I arranged with the guy whose house I was staying at to go pickup my packet.  I caught the local bus from the airport to about a half-mile from his house, and walked the rest.  I arrived at his house at about 9 PM. My packet was waiting for me on my bed.  Convenient!  I didn't even have a pre-race carb meal like I usually do, just ate some bread and bananas that I bought on the walk to his house at a CVS.

I woke up on race morning and walked to the start line.  It was raining, but not cold.  The weather forecast called for high humidity, and very warm.  I wore my garbage bag to the start to keep the clothes dry as long as possible.


The race director kept talking about how humid and warm it would be and to hydrate, hydrate, hydrate.  I'm glad he did, I grabbed gatorade at almost every aid station, and took all four Gu's I had on my belt.

The thing I remember most about the Austin Marathon is how many local businesses there were.  I loved it.  They were everywhere, very few big nationwide chains.

The rain wasn't really an issue, the high humidity was, however.  I had planned on taking this pretty easy since I hadn't tapered properly, and my next marathon was in two weeks.  But I couldn't slow down.

I ended up beating my goal time by five minutes.  The mile from 25.2 to 26.2 was my fastest mile of the entire race.  That was AWESOME!  It felt so good to have gas in the tank at the end.

Now that I got this February race in, I'm going to try to do one marathon in a different state, in each of the 12 calendar months in 2014.

Because I was by myself, and it was such a short trip, the garbage bag picture above is the only one I took.  So I will included the proofs below: 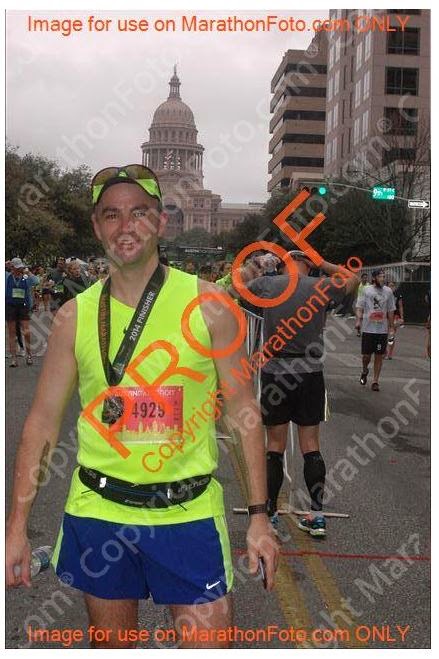 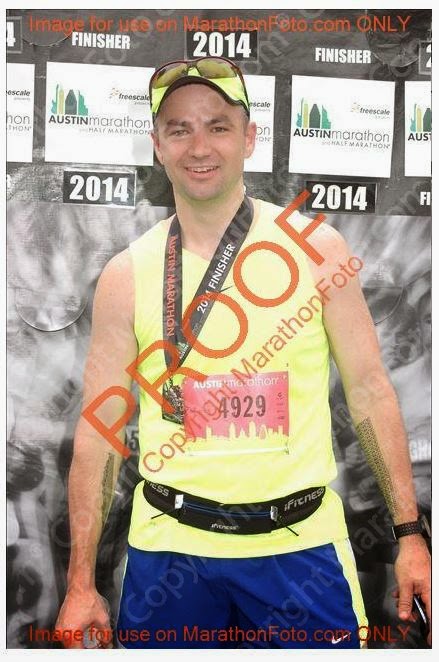 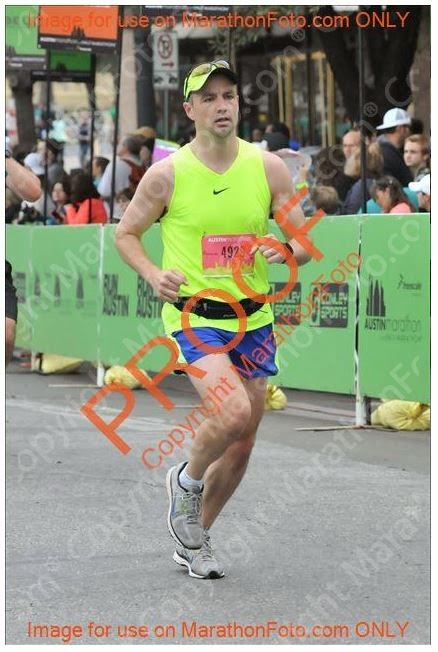 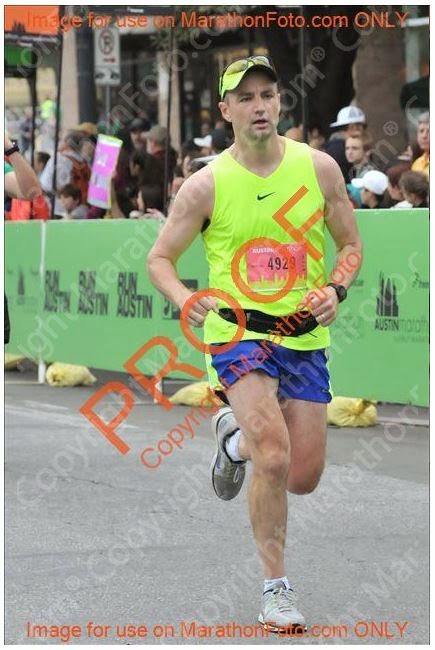 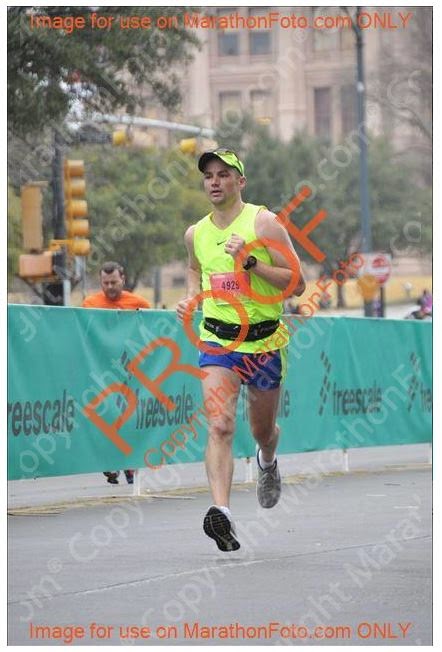 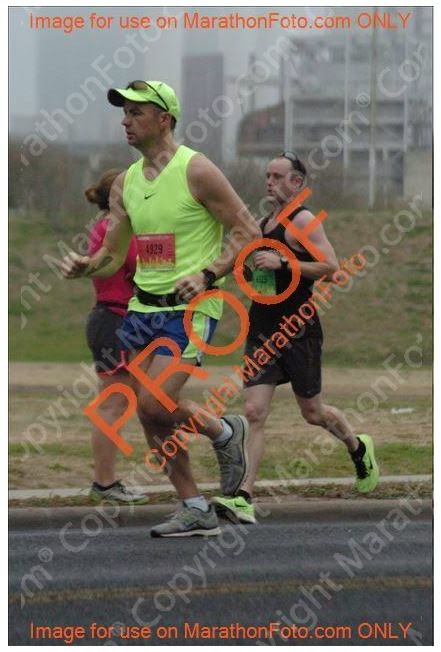 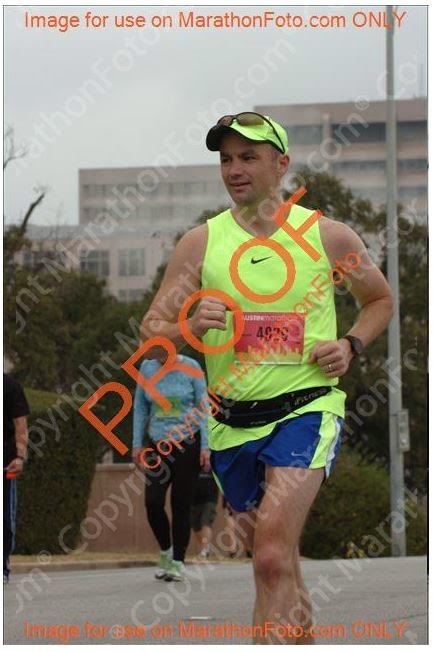 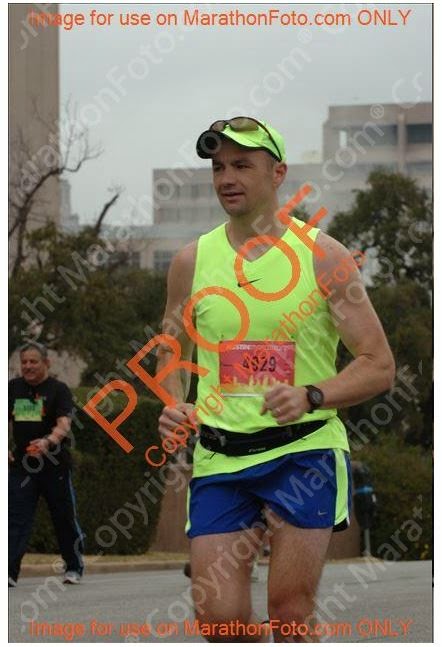 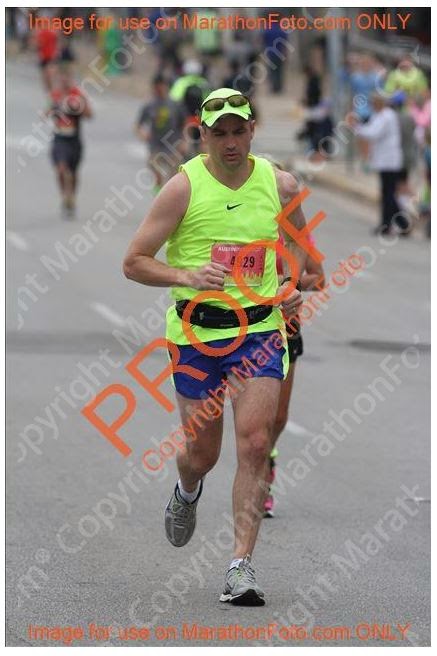 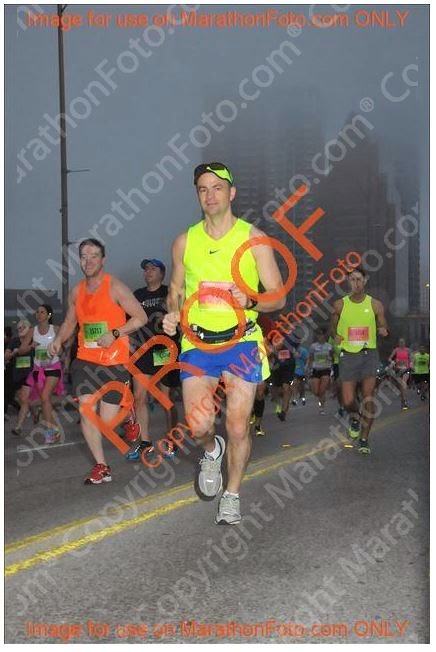 Posted by Lillywhite Family at 7:04 PM No comments: