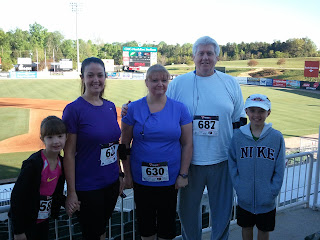 This past November Opa and Neina (my dad and step-mom) decided they wanted to take their healthy living adventure to the next level by training for their first 5k. I was so excited and told them to let me know when they picked their race.

At first it was just going to be Michael and I running in this race. I love the one on one time I have with Kyle when we run together but I've been itching to run a race by myself. The last time I raced in a 5k by myself I finished in 34:04 and I've been dying to go below 30 minutes. A few weeks before the race, Alicia was begging me to let her run the race with me. I haven't had many chances to run with her in the past because she has always been too fast for me. I told her yes and we began training together. Alicia's PR is 29:51 so I knew if I trained hard it was possible for us to come in under 30 minutes. 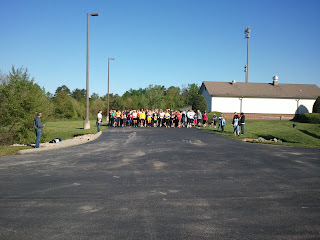 At the starting line I could tell something was bothering Alicia but she wouldn't tell me what it was. After a few minutes of me bugging her she finally told me she didn't think she could run fast enough to break 30 minutes. I asked her if she wanted to take it a little easy and have fun? She instantly got a smile on her face and said yes. I think it's a good thing we decided to take it easy because 1) the course was a little hillier than I realized. 2) Alicia's only 7 and shouldn't be stressing. 3) Because we were running at a slightly slower pace, we were able to talk more. 4) We were able to focus on the real reason we were running the race, celebrating all of  Opa and Neina's hard work and finishing their first 5k.

I 'm always excited when it's an out and back 5k. It's the only way I ever get to see Michael run, plus I knew we would get to see Opa and Neina too. The runners were so friendly and encoraging in this race. Runners were telling eachother good job and I even had a lady tell me good job as I was passing her.  One of the only things I didn't like about the race was the loop we had to run in the parking lot at the end of the race. Once you got in the parking lot they had you run right by the finish line and then you had to run a huge loop around the parking that took you back to the finish line.


Neina finished a little over a minute faster than she had planned! We are so proud of her!!


Michael had a really great race and took 1st palce in his division! 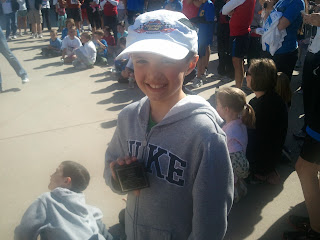 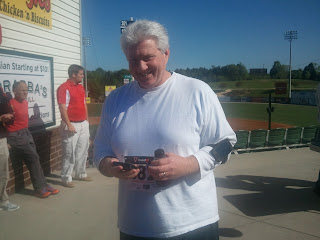 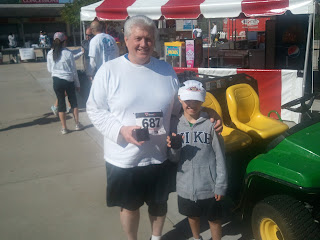 A bonus to running this race was free tickets to the single A baseball team in our area. 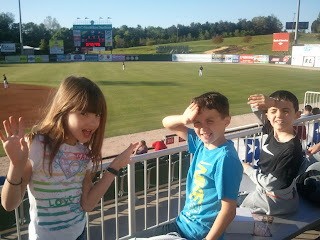 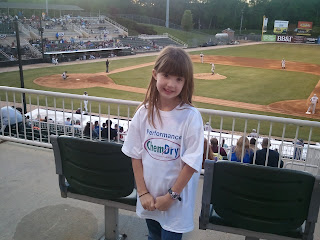 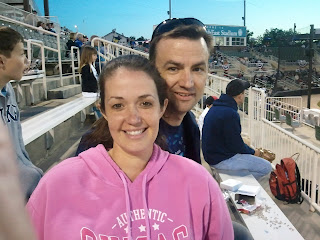 We are so proud of Opa and Neina and excited that they caught the running bug too! We look forward to running more races with them in the future!!! 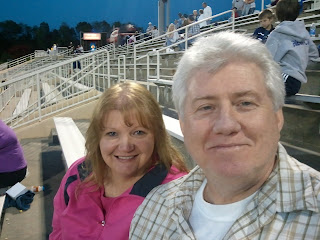