I did this trip by myself as a reward for winning our weight loss challenge.  My original plans were just to fly into Tucson the day before and then fly home right after the race.  But then I was asked to go to Microsoft Headquarters in Redmond, Washington for a week, the week before the marathon.  So I adjusted my plans and flew from Seattle to Phoenix, then a short connecting flight into Tucson on Friday night.  I arrived very late at night, and just barely made it to the rental car counter before it closed for the night.

As I'm driving to my hotel I see a policeman light me up.  I knew I wasn't speeding and couldn't imagine why he was pulling me over.  He asked if I realized I was driving without my headlights on.  D'oh!  No, I didn't, of course.  My car turns them on automatically, so I wasn't in the habit of turning them on.  I had been driving for about 20 minutes, very late at night, but I guess the roads were lit well enough that I didn't notice.  He reached in my window and turned them on for me and set me on my way.  I felt really stupid, but was glad I didn't get a ticket.

Saturday morning I woke up  and called Annette. She is a really good friend from back when she lived in Utah, but moved to Tucson years ago.  We arranged to meet after I went to the expo.

I did my typical "day before the marathon 2 mile run".  I just started at the hotel, and turned around after I had run a mile.  It was so beautiful:

I went to the expo, which was on the grounds of my hotel (I splurged and stayed at the host hotel).  It was a small expo, I got my bib, and bought some throw-away gloves since the weather forecast called for cooler temps.

Annette and her husband Ross met me at my hotel, and we were off for some sightseeing. 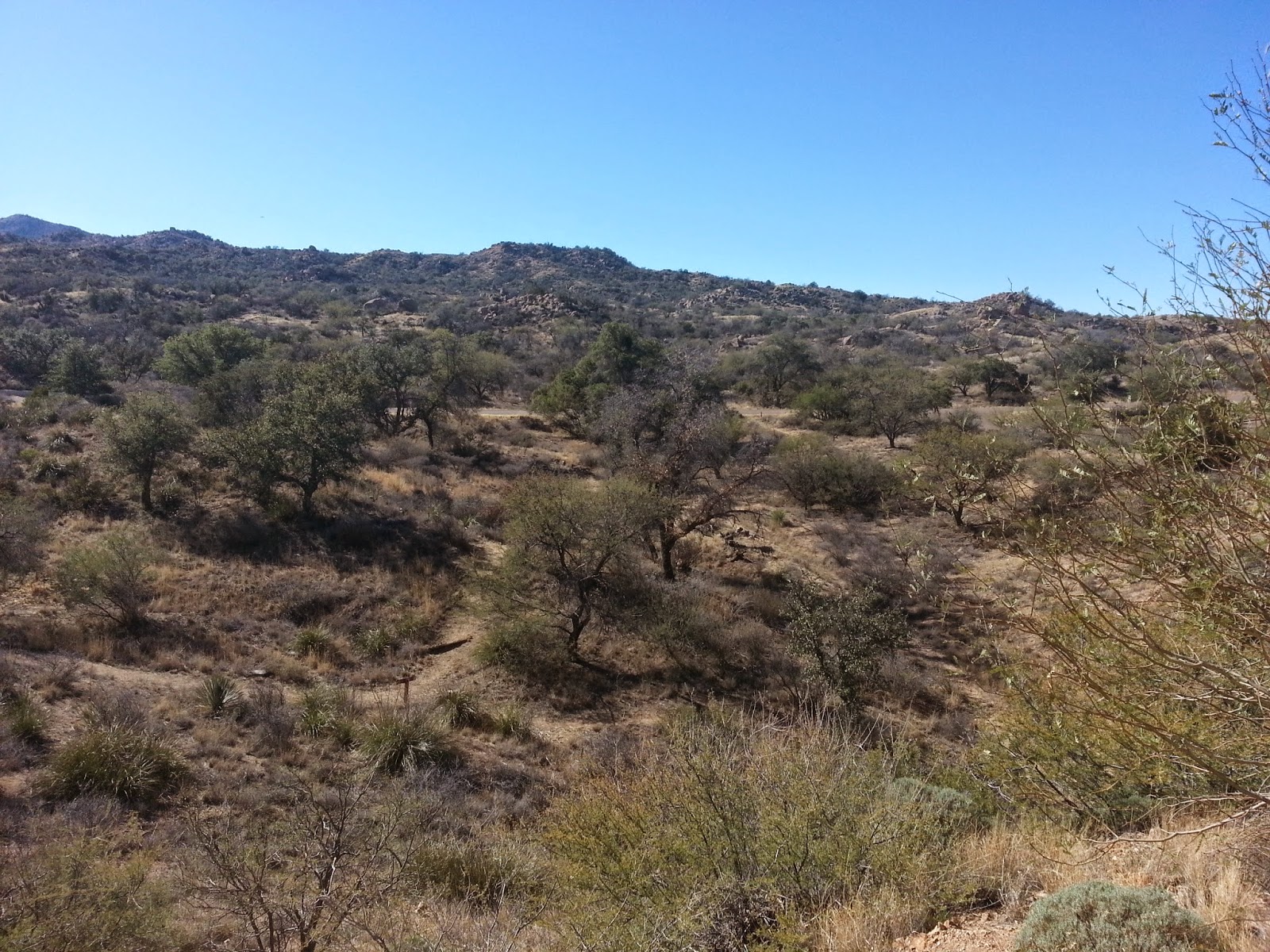 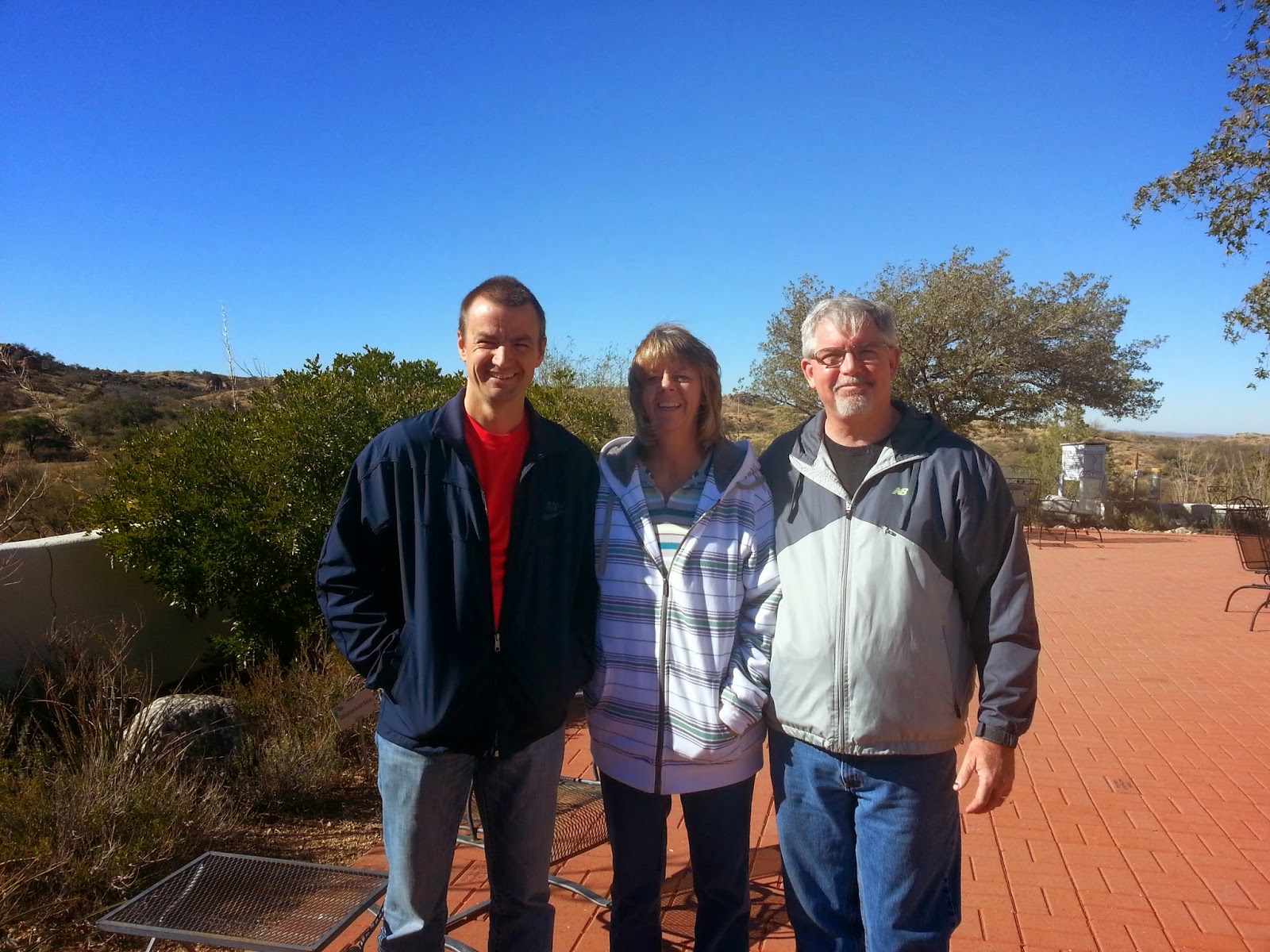 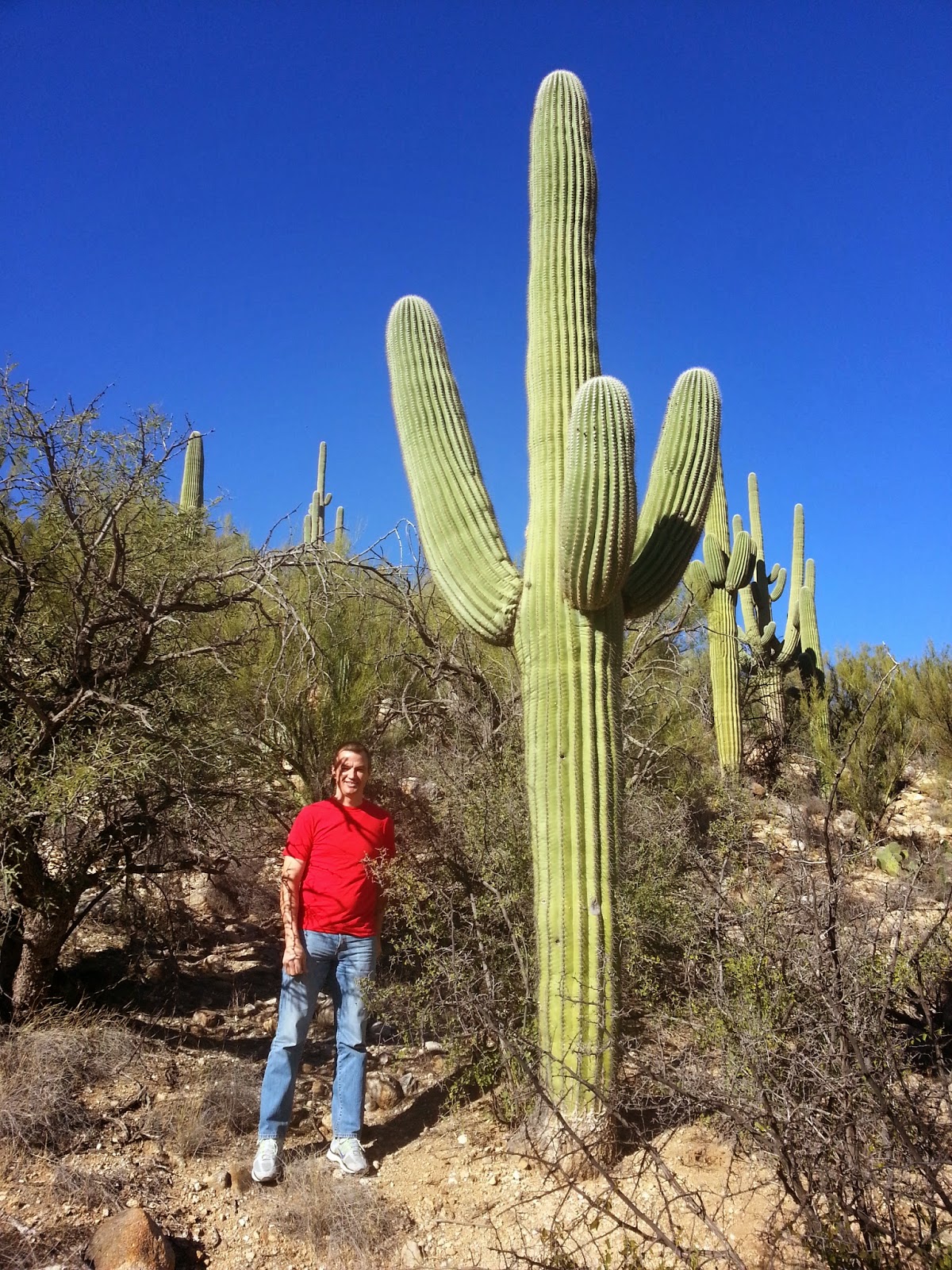 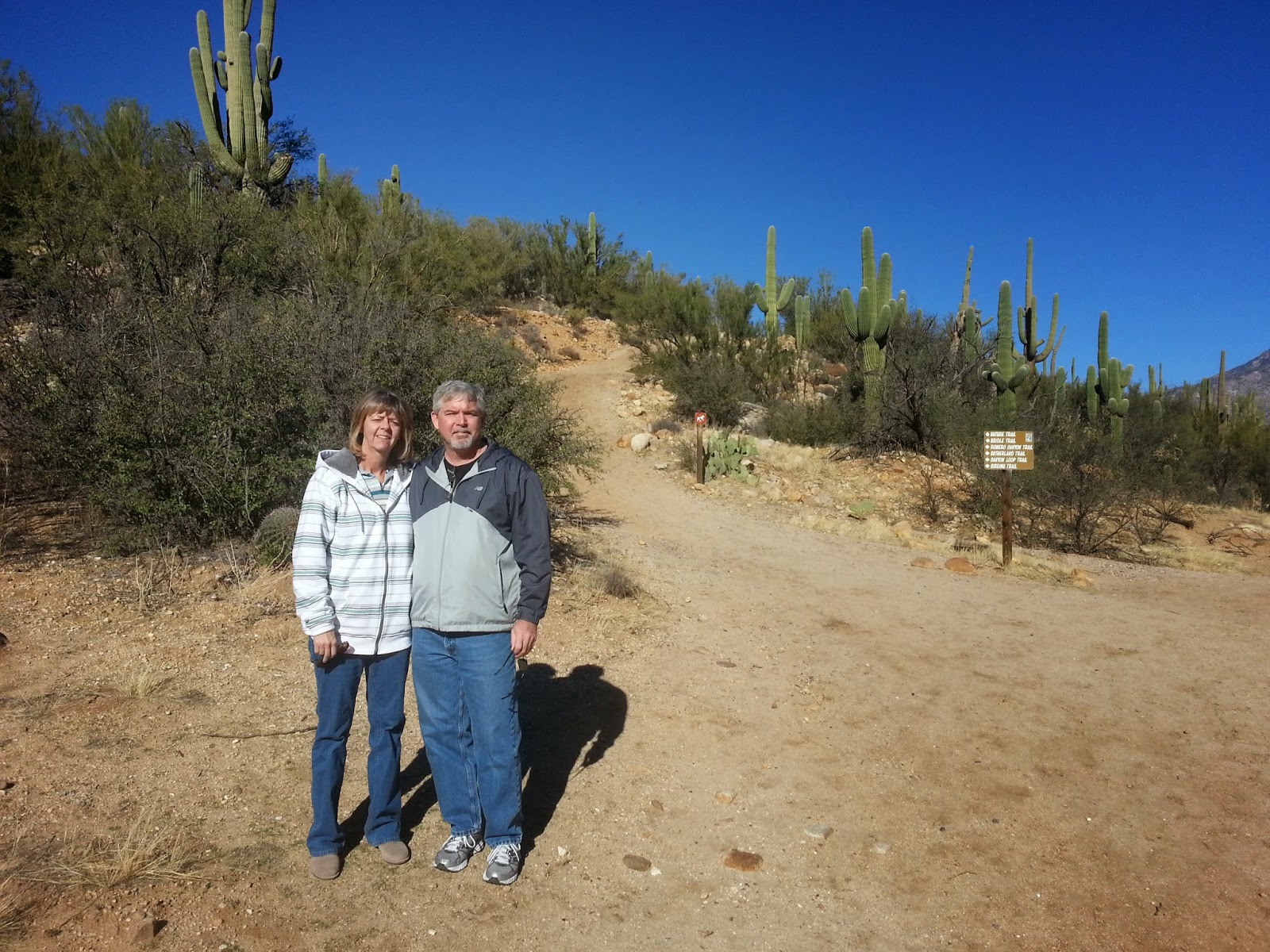 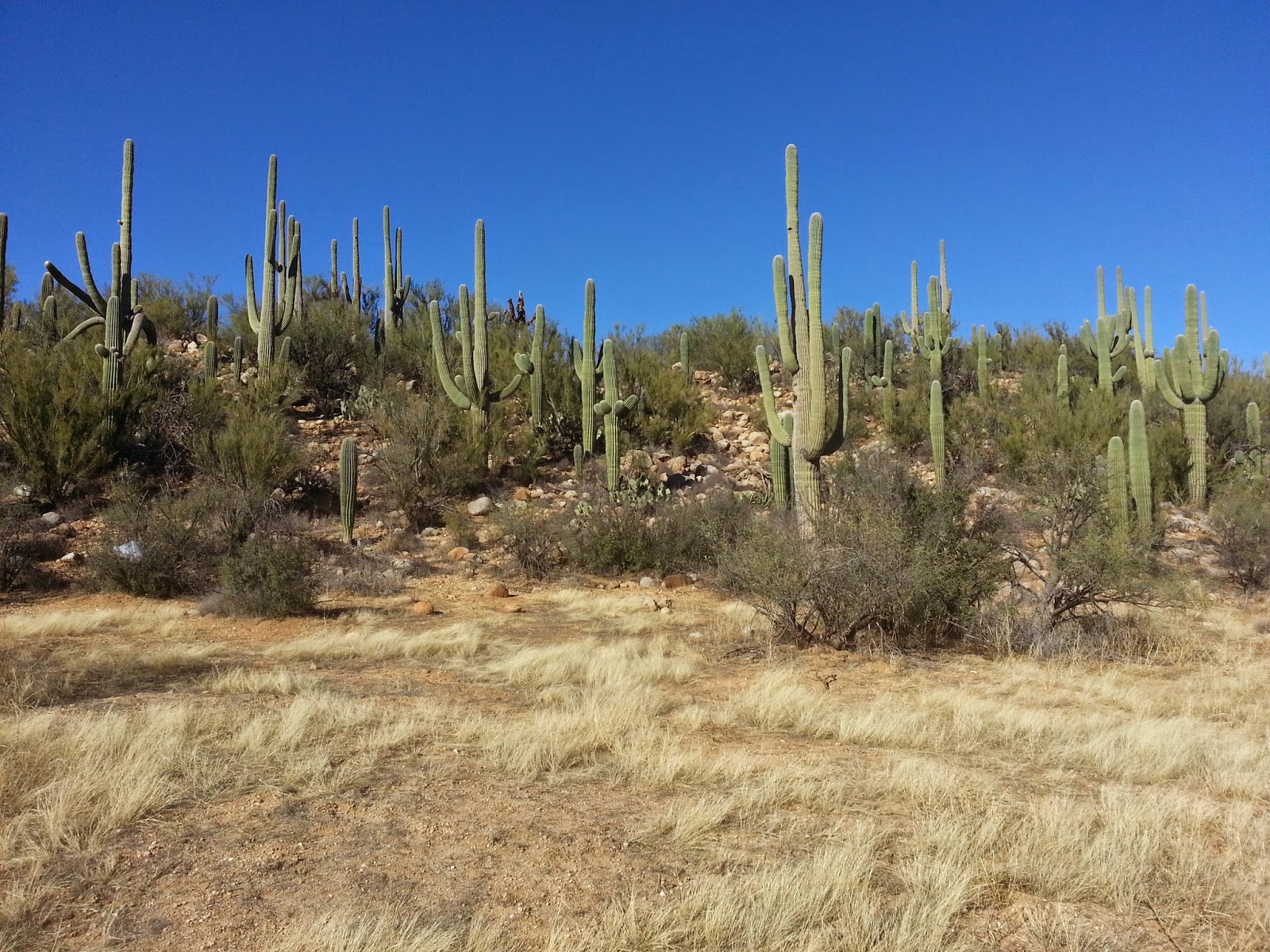 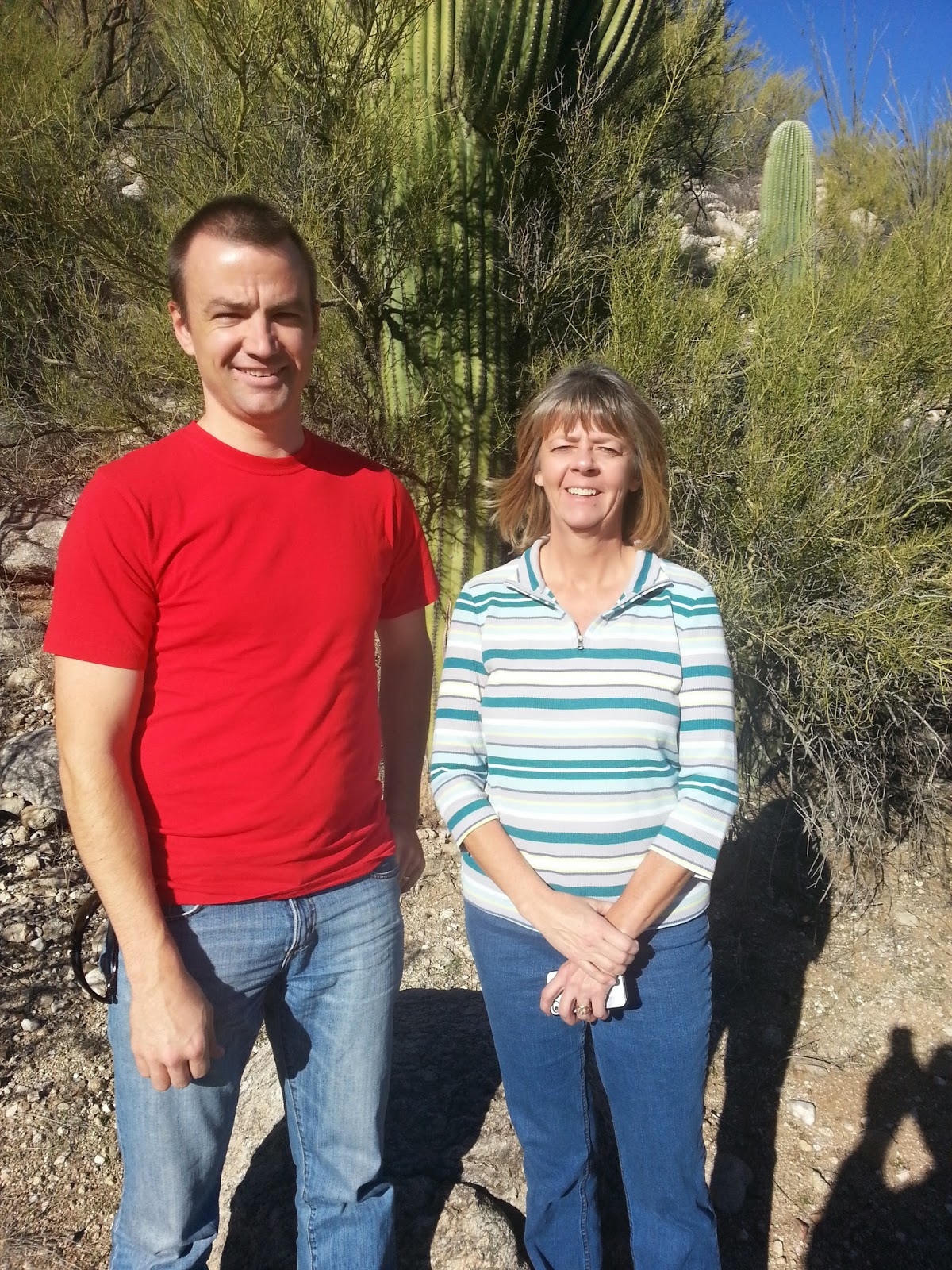 They took me all over showing me all the really pretty scenery above, and more.  We had a great day visiting, and catching up on our families, etc.

Sunday morning I caught the first bus (I always do).  We got up to the start and it was very cold and windy.  The shuttle driver said he didn't have anywhere to be so he let us stay on the bus, which was really nice.  It was heated, and had a bathroom in the back.  So I stayed on it until 5 minutes before the start.

This race was mostly downhill, but I wasn't quite as fit as I was in St. George, so I was just going to take it easy.  The race was cold and windy, but I felt good.

There was some construction that caused a re-route of the course from their typical layout, which added a pretty nasty hill at about 20 miles.  From that point forward I started slowing down, but still finished with a good time (my second best) at 3:28:08. 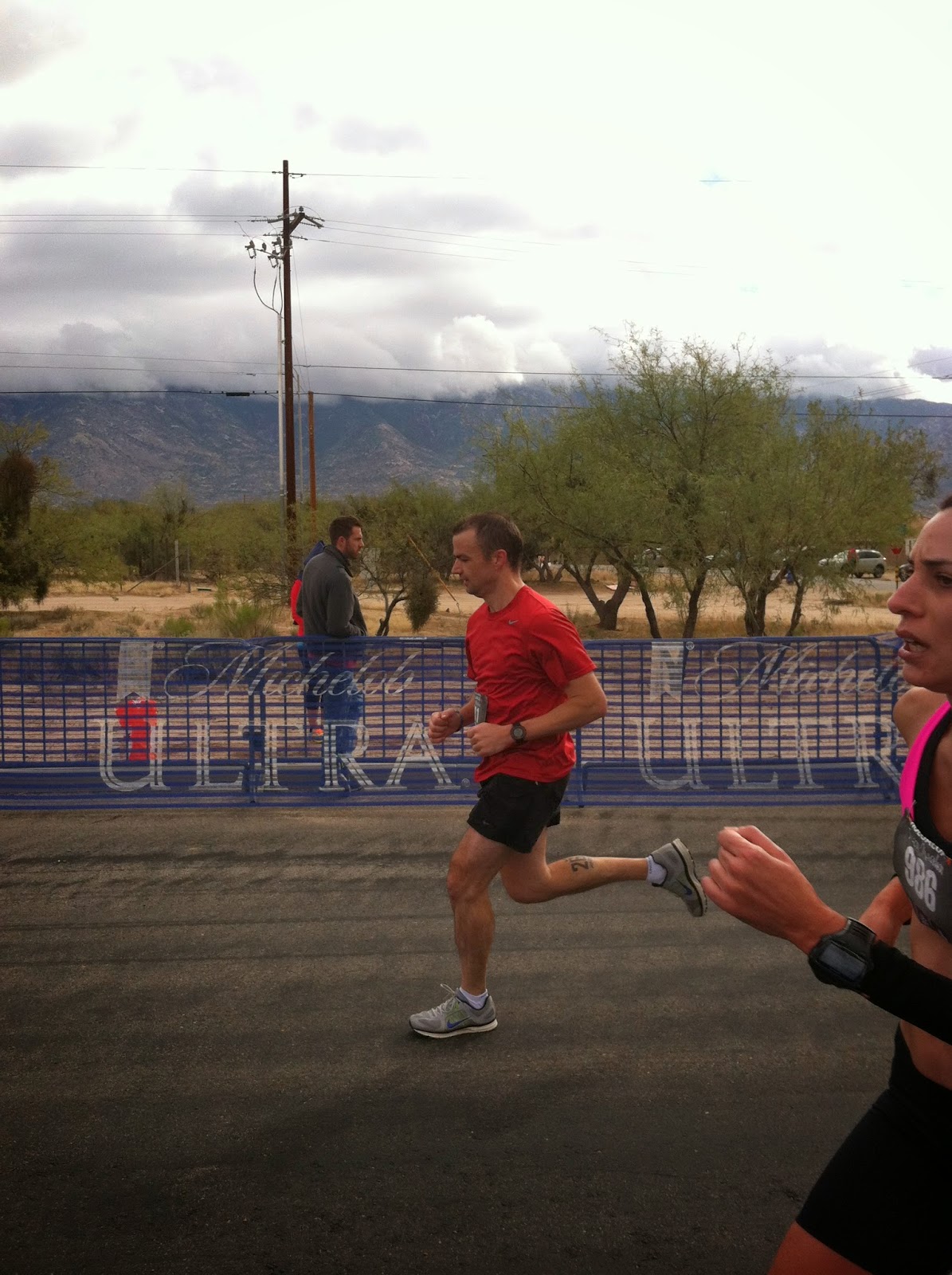 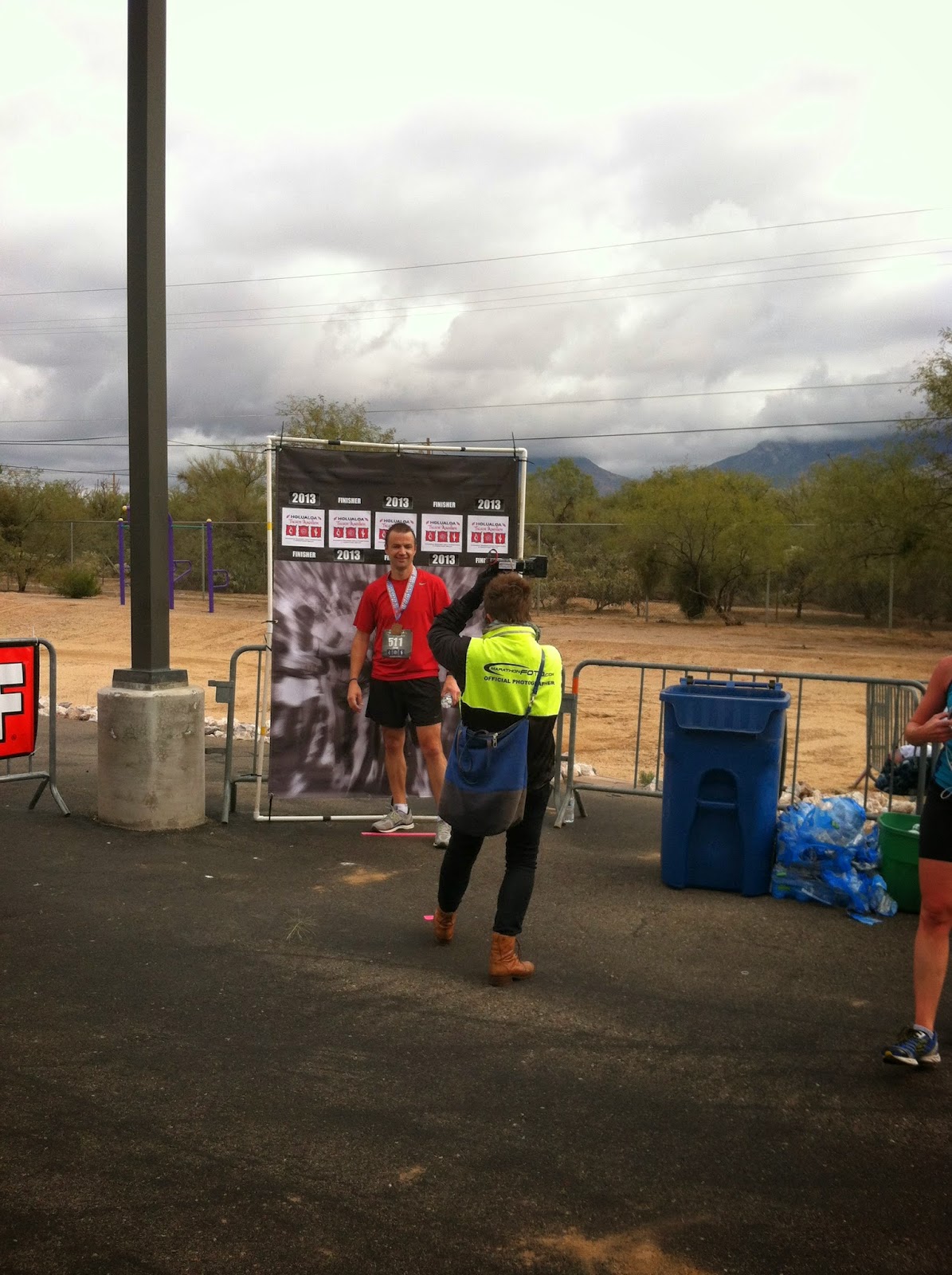 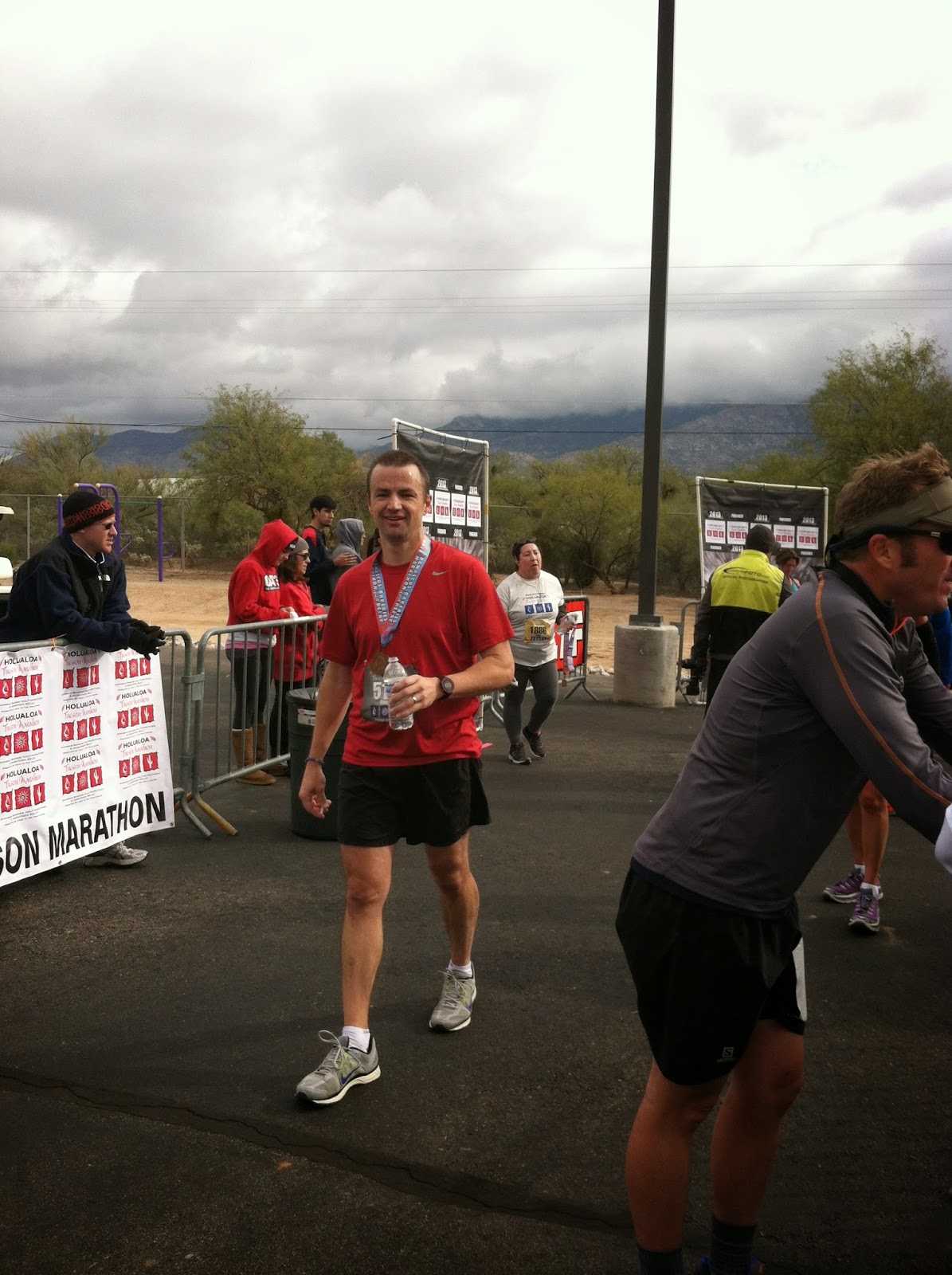 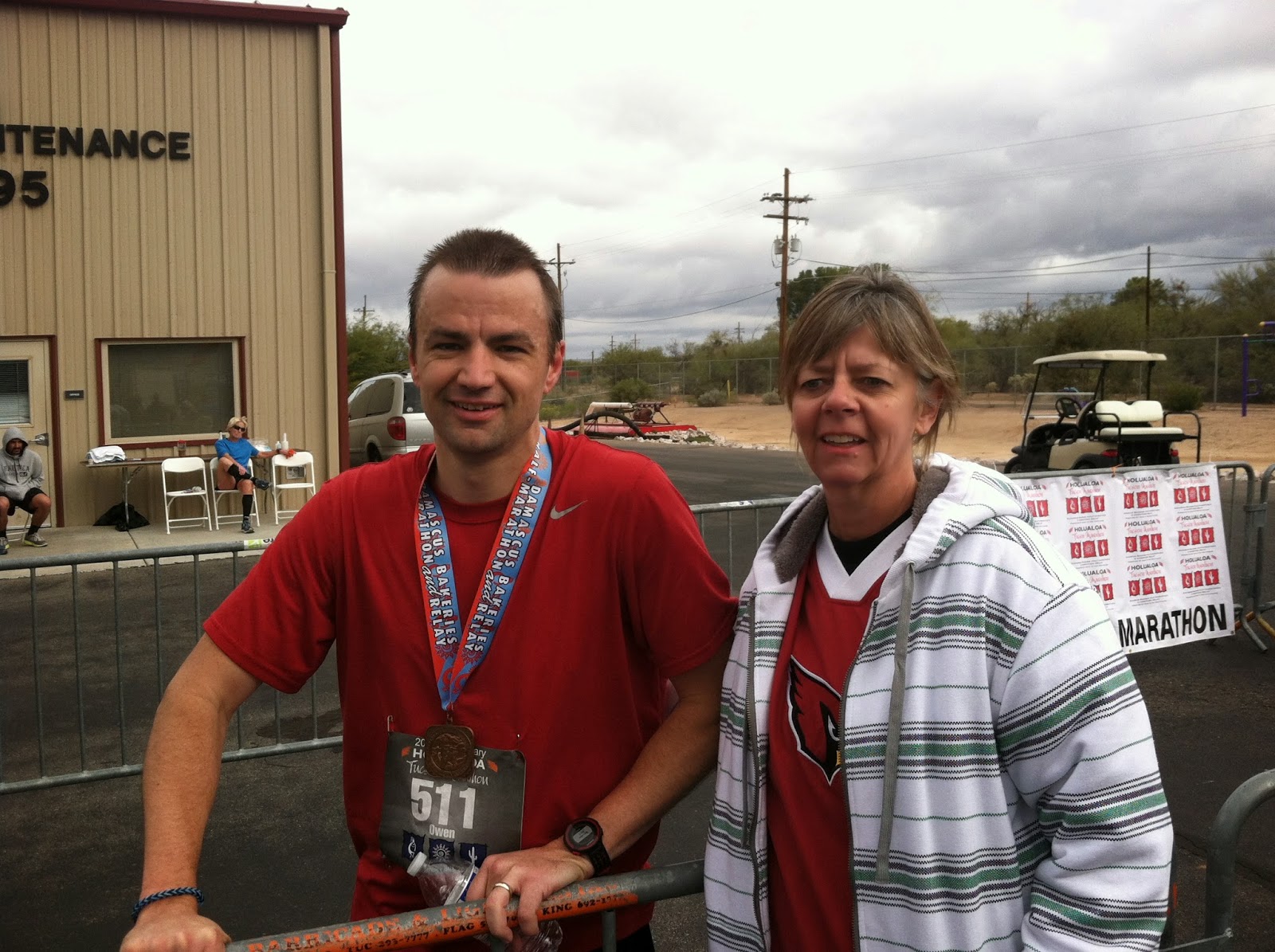 Annette and Ross were waiting and cheering at the finish.  I had to catch a plane home immediately after the finish, so we said our goodbyes, and I took the shuttle back to my hotel.  I had just enough time to shower and drive to the airport.  I really enjoyed the trip.  If I had to list my top 10 places to live, I'm pretty sure I would add Tucson.  It is so beautiful and reminds me a lot of Southern Utah.


Posted by Lillywhite Family at 1:26 PM No comments: