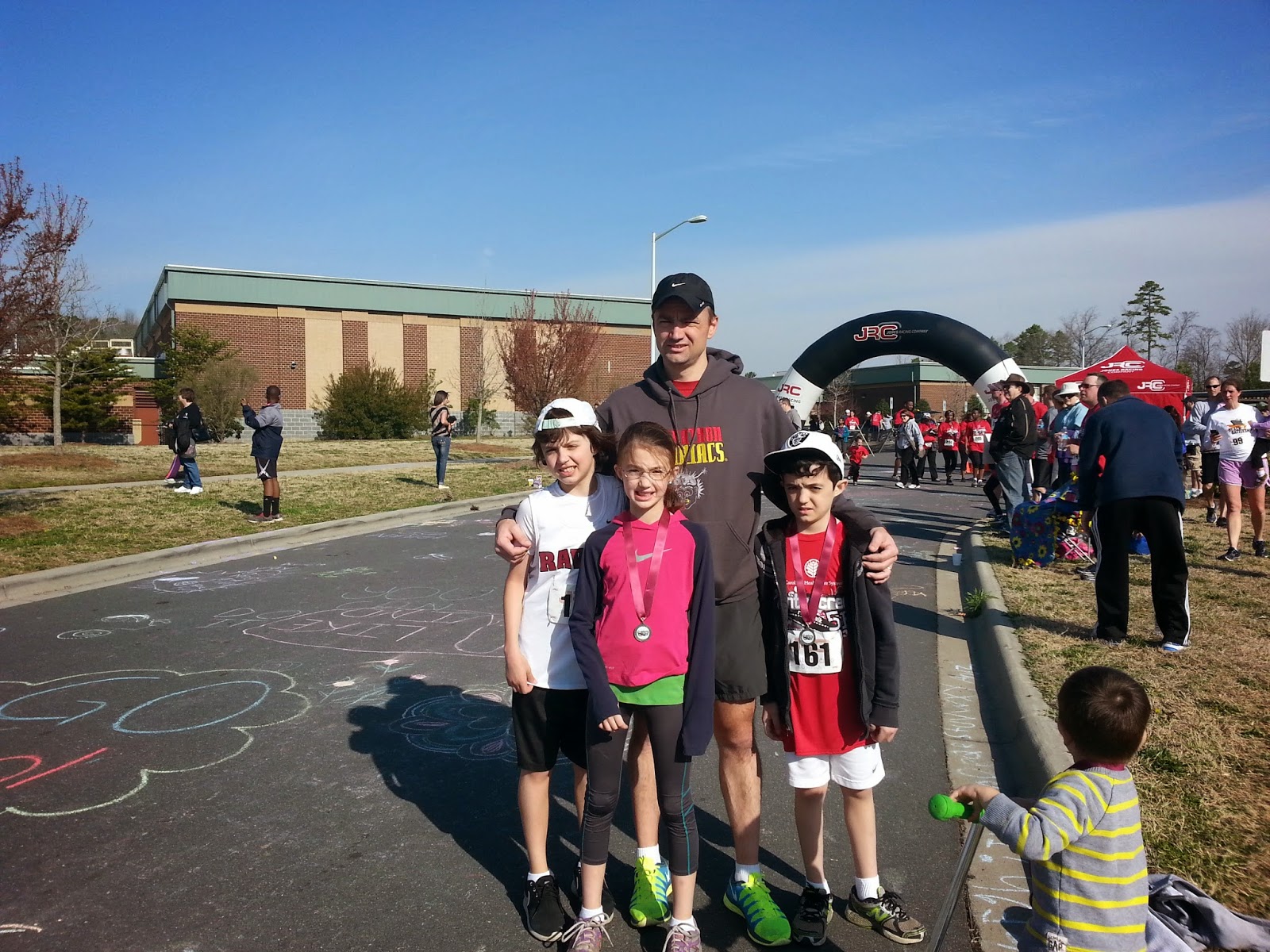 This race starts in the parking lot of Kyle and Alicia's school.  Its entire route is on roads that I train on almost every day.  For that reason, I've been wanting to run this race for years, but I've been out of town every year.

This year I put it in the calendar months ahead of time to make sure I was around to run it.

We were watching Nathan and Lucas (my brother's kids, while he and his wife vacationed in Europe.)  Malissa was entered to run, but sat it out so she could watch them. 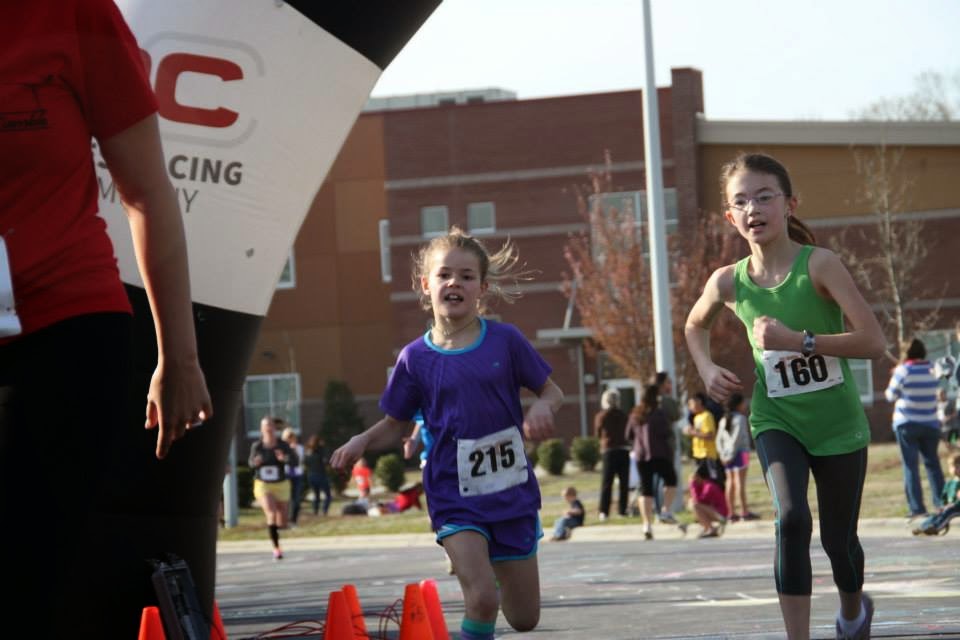 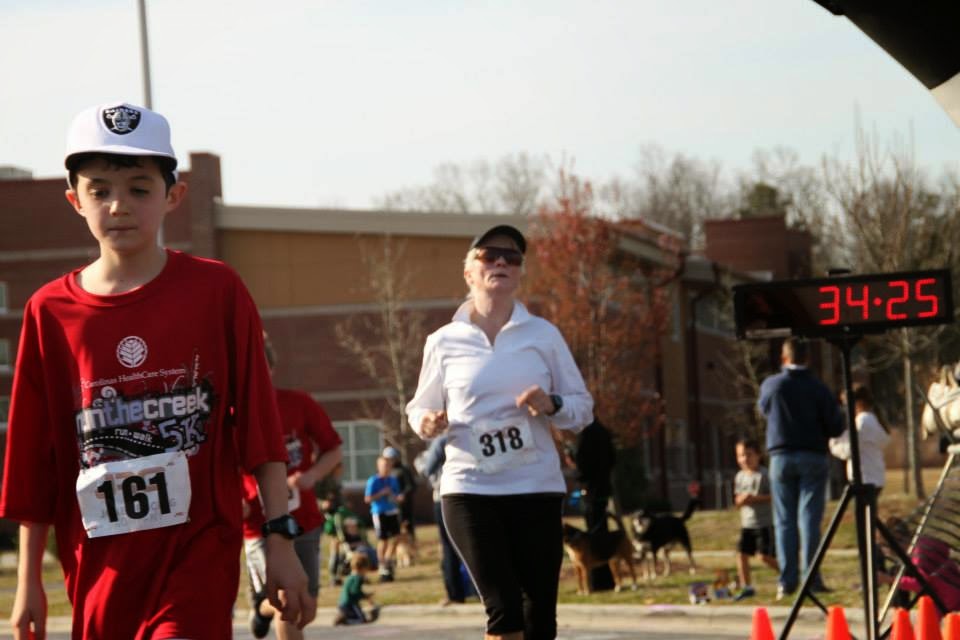 It was a great race.  Michael started out ahead of me and slowly increased his lead to about 100 feet at the halfway point. I very slowly caught back up to him and all-out sprinted at the three mile mark to get right behind him, but ran out of gas with 20 yards to go.  He beat me fair and square. Here's finish line video: Michael and Me  Alicia  Kyle
Posted by Lillywhite Family at 2:54 PM No comments: 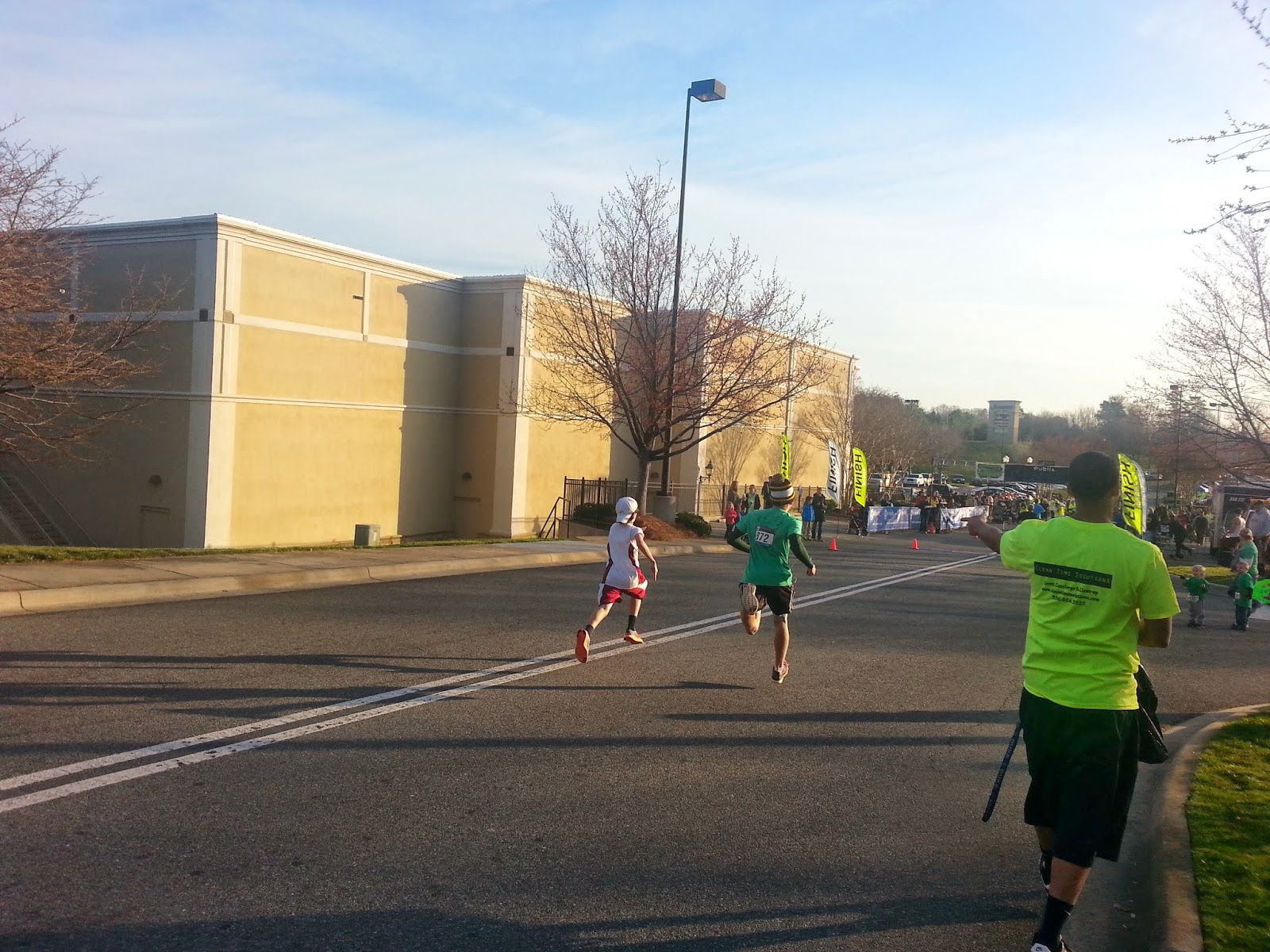 This is the first of seven races that make up the Grand Prix Series, put on by Run For Your Life.  The age division for Michael is 19 & Under, so his competition is pretty tough.

This race was held a few blocks away from our apartment we lived in when we first moved to Charlotte. While still in Charlotte, it is in the far South end, and we now live in the far North end, about 35 minutes away, so we hadn't been here in a very long time.

We enjoyed seeing our old stomping grounds.  Michael had a great race.  He took third in his division for the race (14 & Under), for the series he is now in a tie for 4th. 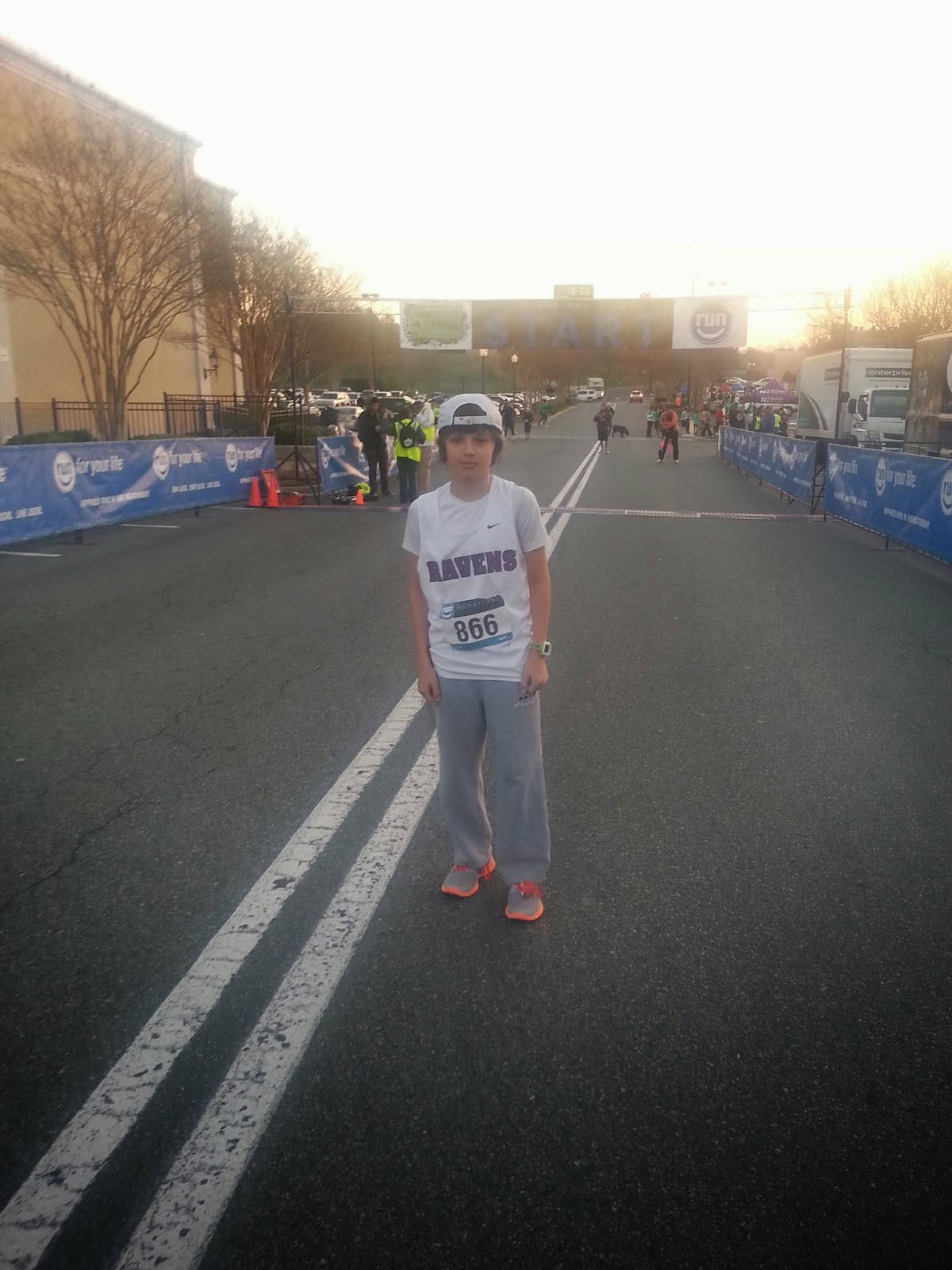 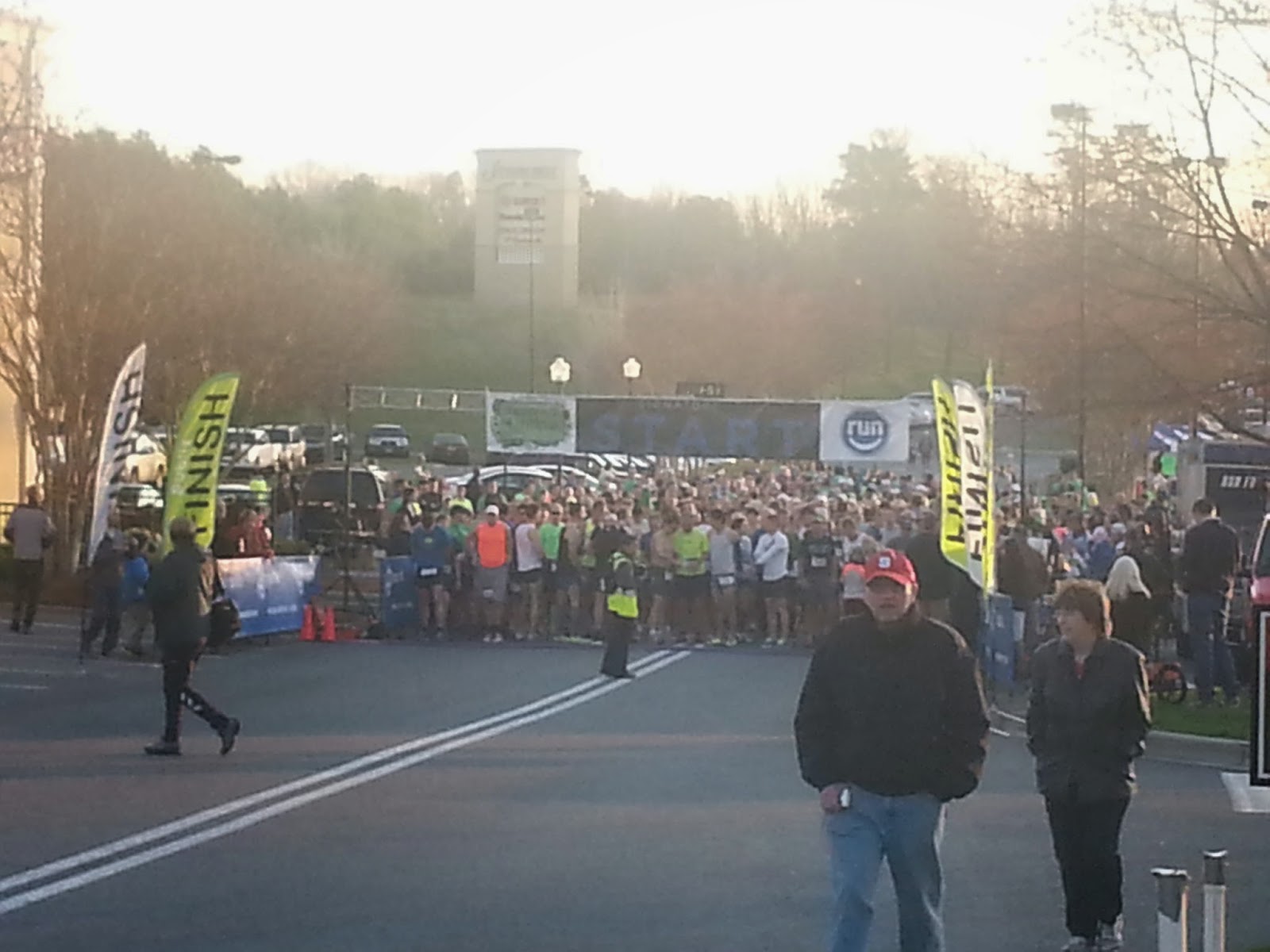 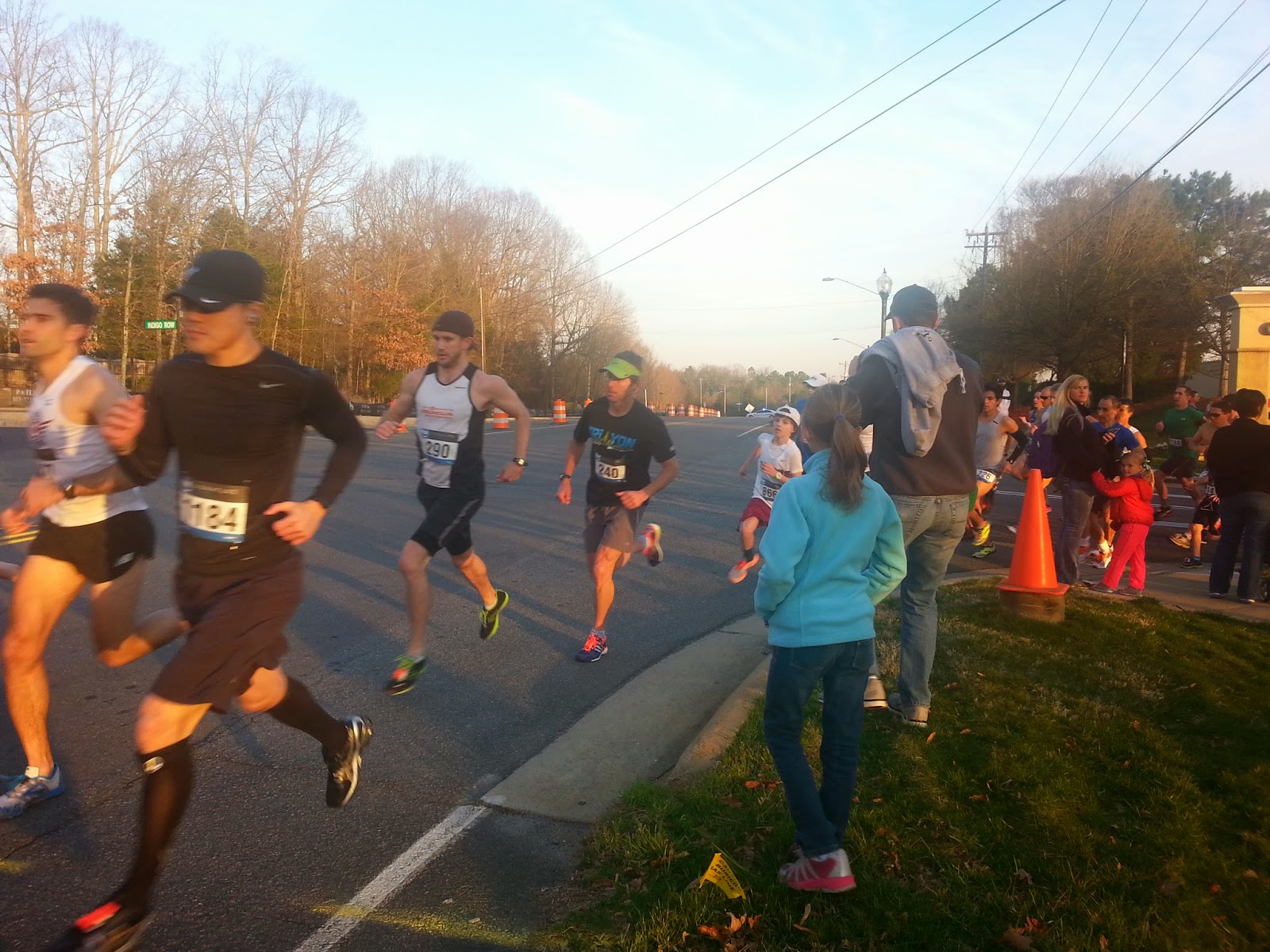 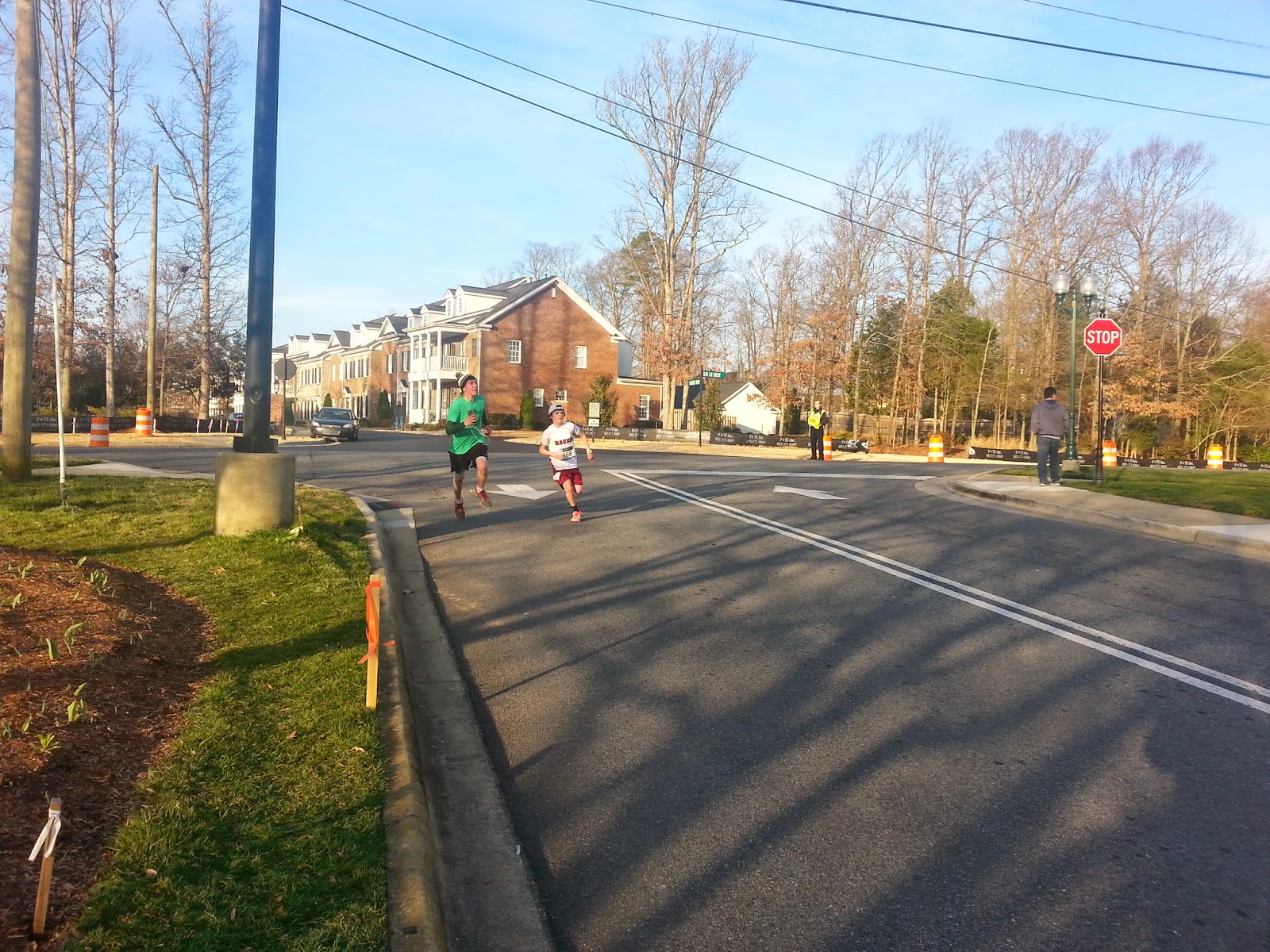 After the race, we went to our old apartment and recreated the following picture: 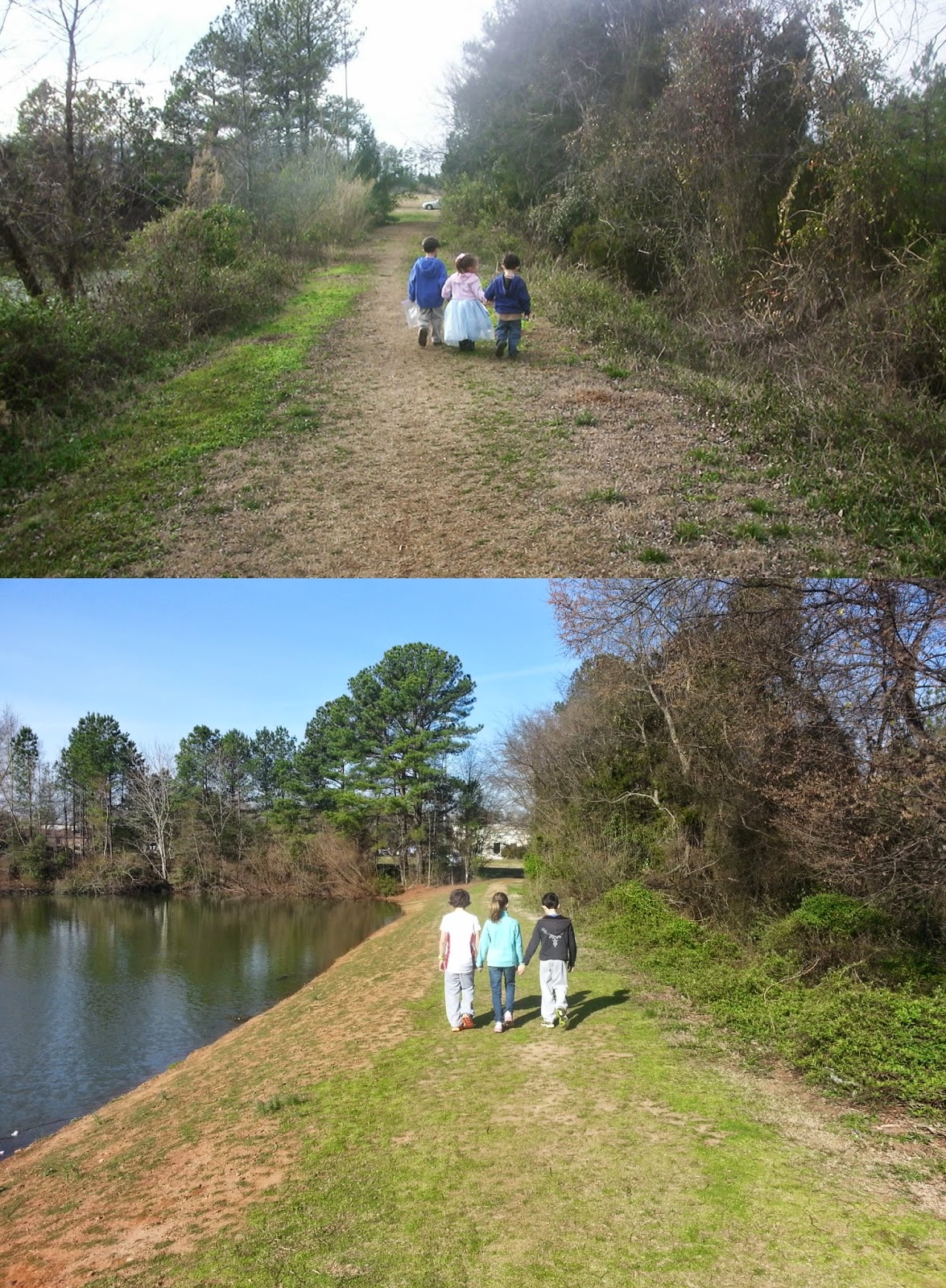 Posted by Lillywhite Family at 1:50 PM No comments: 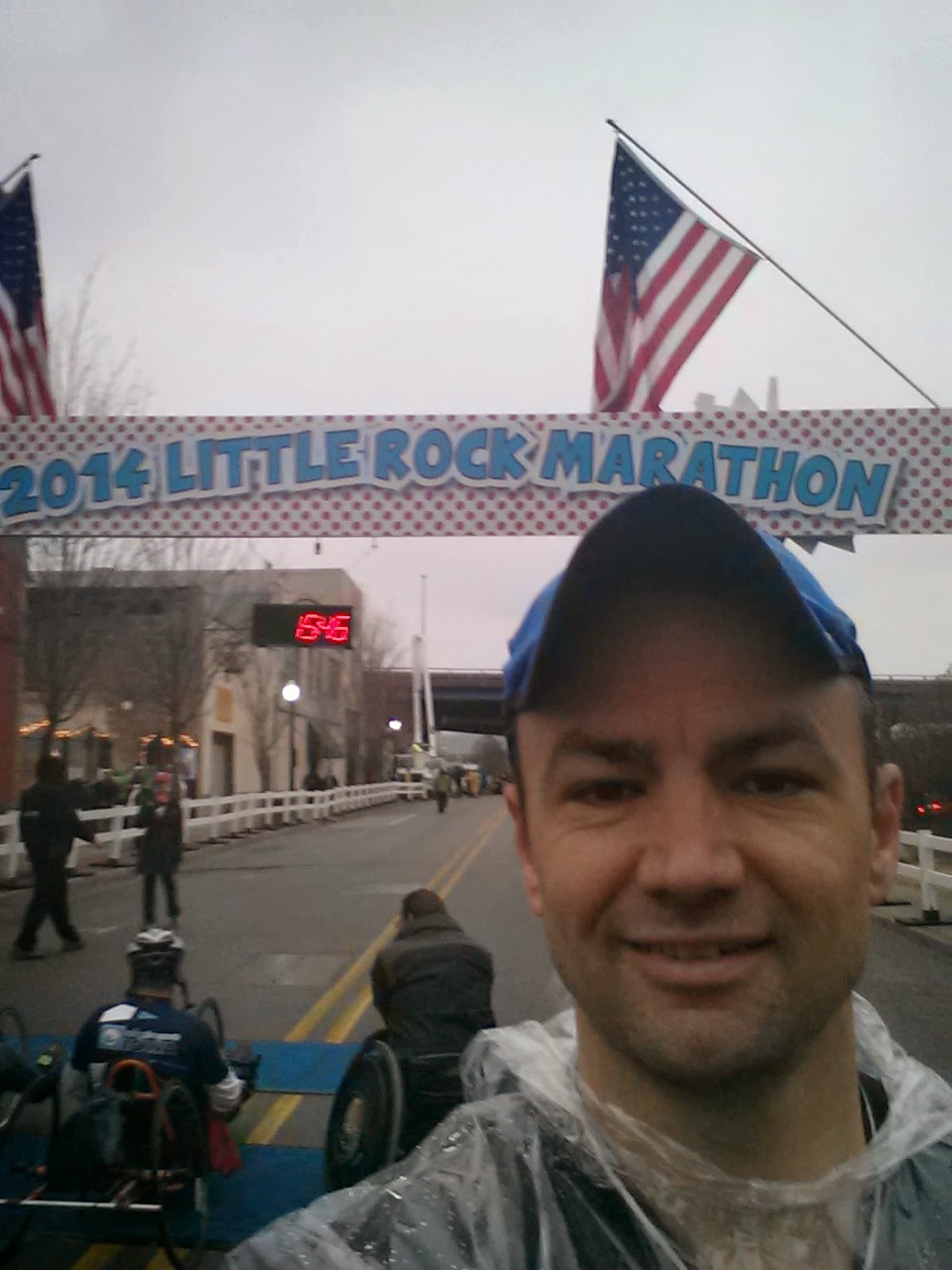 This was another race where I went by myself. I try to keep those to a minimum, because my favorite part about the 50 state challenge is sharing the experience with my wife and kids.  They were originally going to come with me, via car, and visit an old friend of Malissa's.  But then that friend had a change of plans, and we added up the amount of driving, compared that with how long we would be there, and decided to just buy me some cheap plane tickets.

So I arrived the day before the race in enough time to go to the expo and then do some sight-seeing.  I went to the Little Rock Central High School National Historic Site.  At several of the Southern states, like Mississippi, Alabama, etc. I have gone to Civil Rights History related museums, and really have enjoyed it.  If you have time, do some research about what happened at Central High, if you haven't already.  What those nine students went through is incredible. 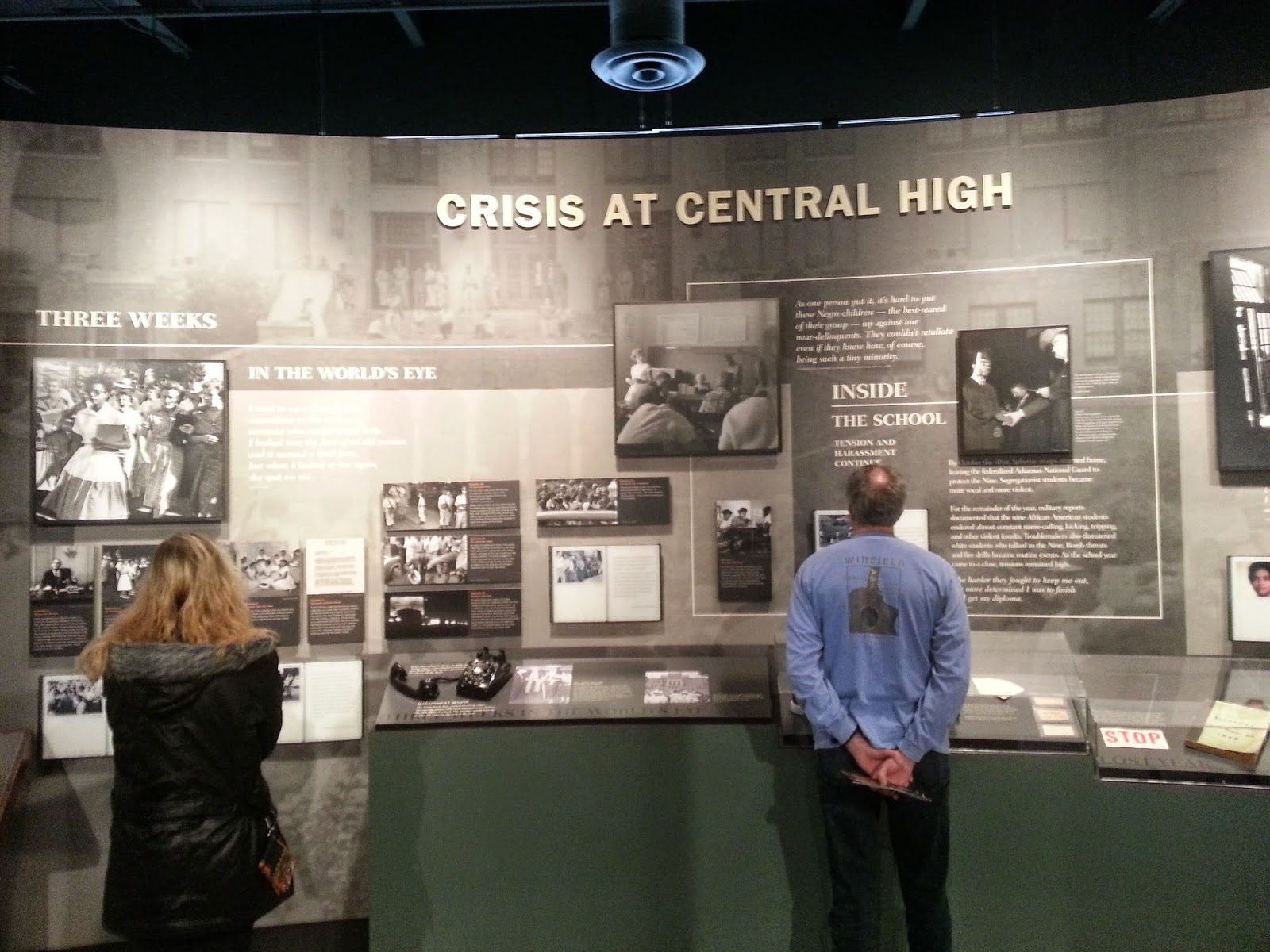 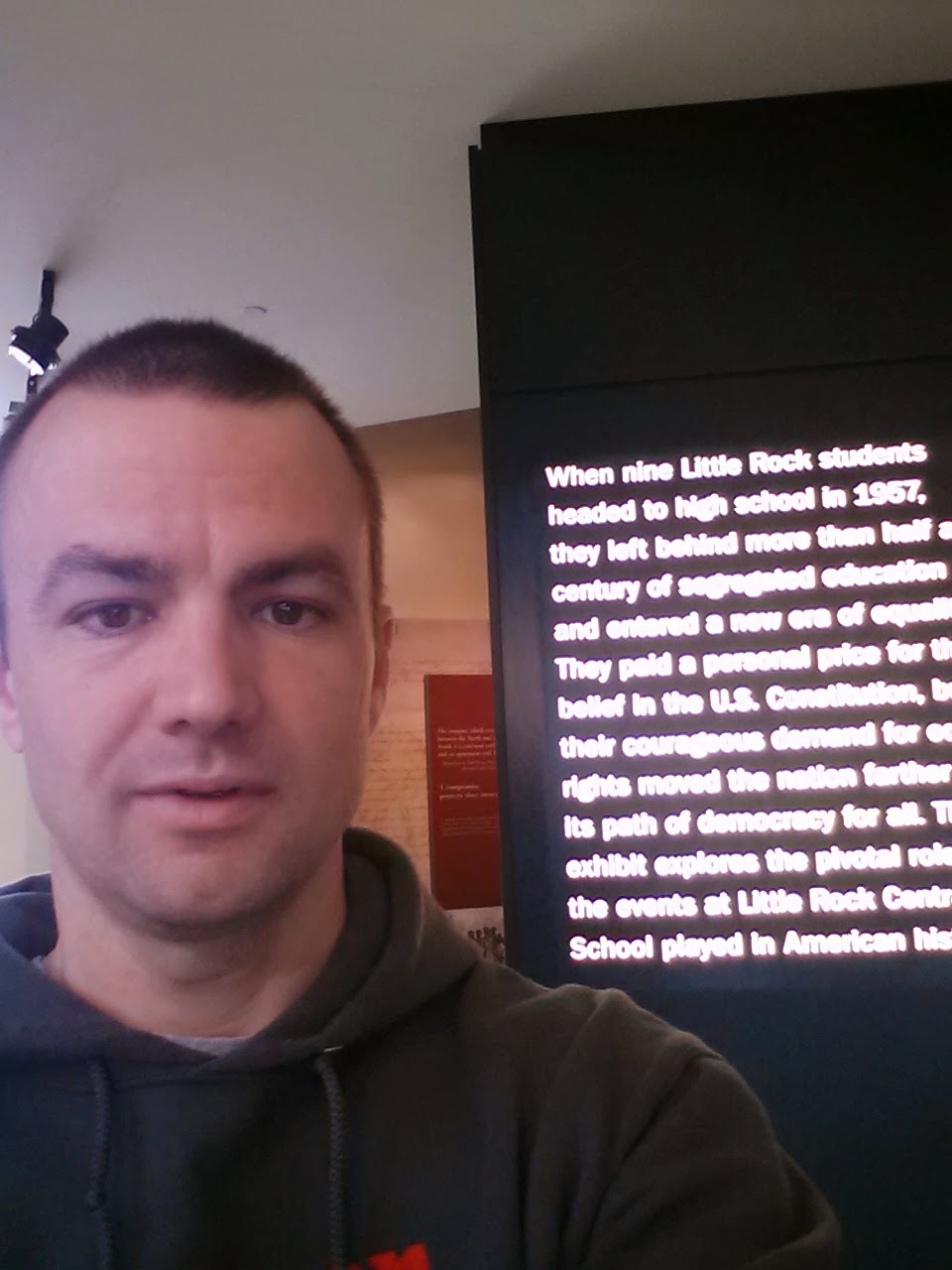 After the expo, and Central High, I checked into my hotel and just relaxed the rest of the day, having dinner in a restaurant next to the hotel.

I usually try to stay close enough to the start to walk, but wasn't able to this time, so I drove early enough to get good parking and then waited in my car for about an hour, because it was raining.

I failed miserably in packing for this race.  The weather called for rain, but in the 50's, so I just packed shorts and my Taz Running singlet.  By the time race morning came around it was raining and in the 50's, but forecasts called for it get much colder as the morning went on.

I had a throw-away sweater, but it got so water-logged that it was too heavy and making me work hard.  I tossed it at mile two.  My throw away gloves were a life saver, but after 15 miles or so, they were so cold and wet that I took them off and tucked them into my belt.

It continually got colder, and I got tired.  At mile 22 or so I was not enjoying myself at all and decided to try to run faster just to get  the thing over with.  I put my cold, wet gloves on, not sure if they helped. At mile 25 there were some hills and I finally slowed down.  I've only broke 3:30 three times, and this was a hilly marathon, but I was on pace to do it again until mile 25. I finished in 3:31:15, and have literally never been more cold in my life.  I was so miserable.

I grabbed some finish line food and made my way to my car.  I couldn't wait to get in and turn on the heater. I honestly started to worry about my health I was so cold.

I drove back to the hotel, showered and caught my plane.  While I was waiting to board the plane I was talking to someone else who had run the marathon.  I found out from her that they actually cancelled the race after 4.5 hours or so.  So she didn't get to finish.  I do remember a lot of lightning as I was driving to the airport.

I am so thankful I finished before they made that decision.  I can't imagine the emotions of being told to get off the course after running for 20+ miles. 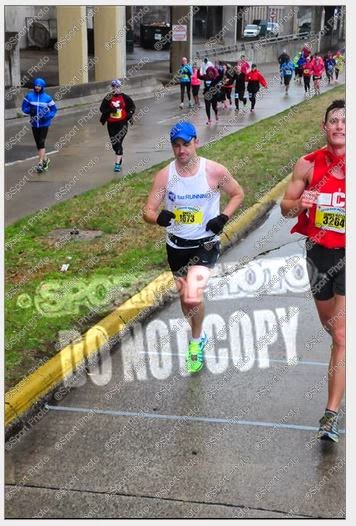 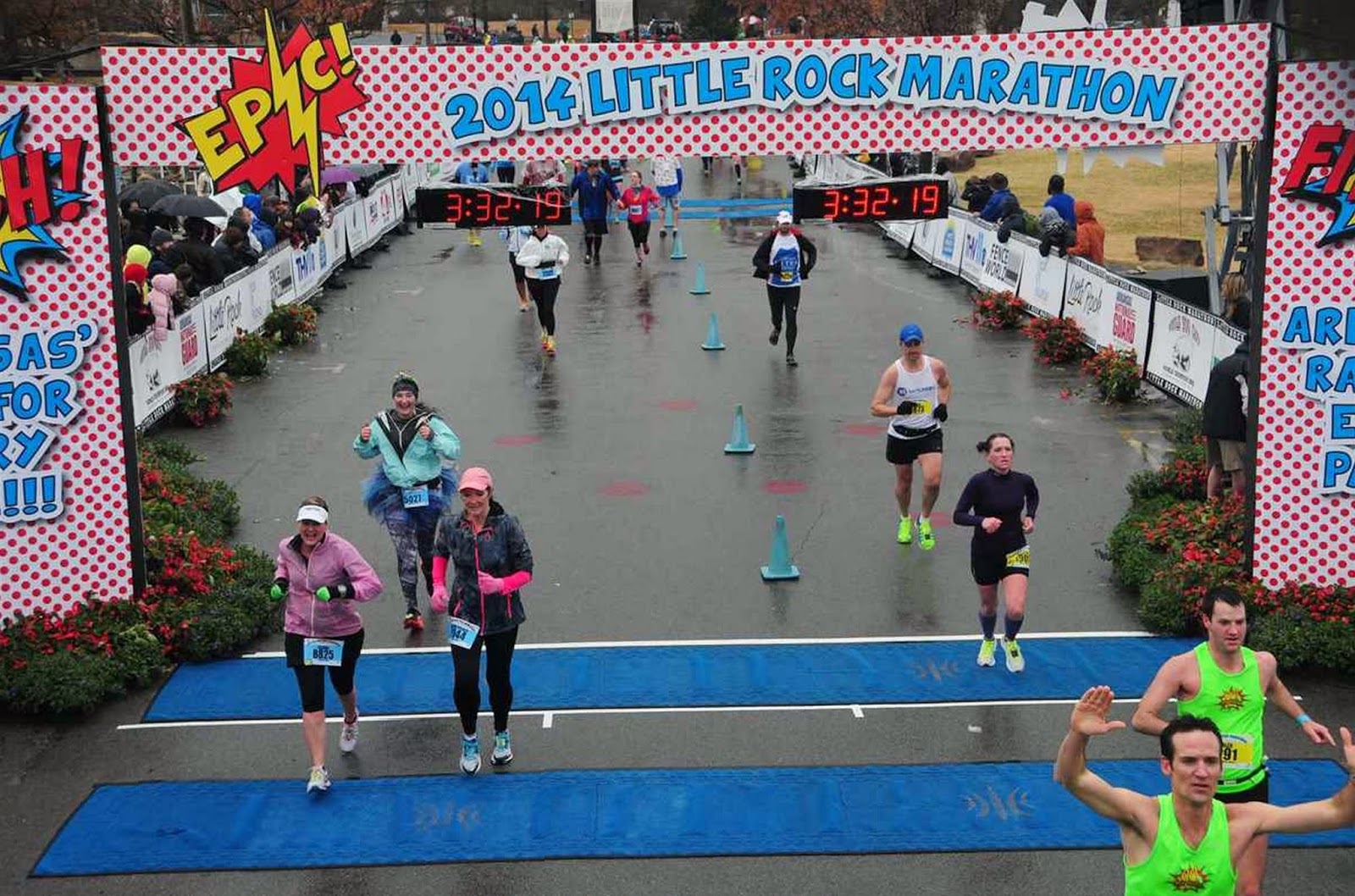 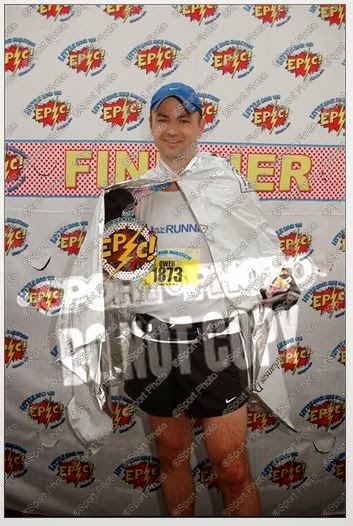